Chicago        I love Chicago! The CTA train pushed me from the airport to the new offices on Jackson in downtown only blocks away from the blue line stop. I could use the cell most of the trip as we moved in a sure and steady way on my appointed rounds. A clear beautiful day in the great city!
Woke up @ 4 AM to make the first flight up and 830 pm was the last flight out. Maybe?

Grabbed the blue line at 6:00 pm on the nose — en punto! as they say in Argentina. A little more than an hour later I was at the airport. Another half-hour and I was through security thanks to my United Premier status. All good!

Such would be the self-delusion of a rookie traveler through the great O’Hare Airport, but that is decidedly what I am not! I approach O’Hare at this and most other times of the year with complete and total trepidation. I have been snowed into this airport, rained in, cancelled in more ways that I can recall, and generally just plain delayed, over and over again.

No rain was visible from our airport aerie, but it was somewhere holding planes up in the air and at a distance, and generally whacking hell of any notion of an airline schedule.

It’s still a “day trip” but what a day, when you confront the vicissitudes of the mighty O’Hare! 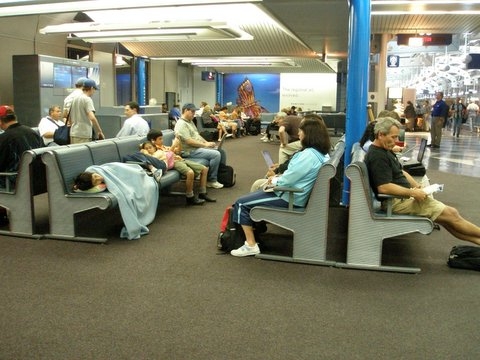 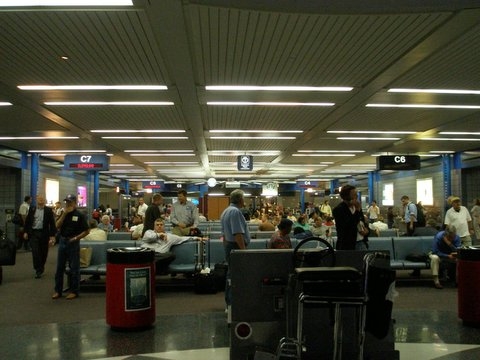