Istanbul     We were finishing up a typically long day with the Organizers’ Forum (www.organizersforum.org) delegation when we trooped into the meeting with the Istanbul branch of ISD — Insan Heklari Dernegi or the Human Rights Association. We ended up meeting with a bunch of their executive committee members and listening to about the most cogent and forthright explanation we had heard from their raporteur or reporter, a young man in his mid-30’s.

The recitation of issues that were part of the mission of the IHD was exhaustive and almost all of them brought chills up your spine, because in many ways it was simply hard to imagine how such behavior by the state, like torture, or within cultures, like “honor” killings of women, were countenanced as part of a civilization. Our reporter told his own story at the very end of our dialogue when I asked him a last, personal question — which is what he could have possibly done after the 1980 coup to warrant being arrested at 13 years of age. It turned out that he and 300 or 400 of his middle school mates had staged a demonstration at the school chanting “no” to the military takeover and “yes” to democracy. Several weeks later he and his father were picked up by the police. His father was released after a week or so, but he was detained and tortured for more than 90 days. At 13!

Ali Kronley, head organizer of Pennsylvania ACORN, asked an interesting question though which was as sobering about the debate around what constituted “torture” and what was allowable that was being held in the United States now in the wake of Guantanamo, and the military activities there with the prisoners taken from Afghanistan and Iraq. Our raporteur said the reverberations on ISD and their activities had been pronounced, because now the military and the police were citing the example of the US and the UK justifying their own behavior.

The organization only had 20 staff people in the entire country to handle their methodology of receiving and investigating human rights abuses and then trying to follow them up in a “truth to power” strategy of marginal effectiveness, but powerful witness. In a lesson that should be imprinted on organizers everywhere, they were only allowed by the state to collect dues and receive donations, but were barred from conducting any “internal financing” projects such as “tea sales” or poster sales or, as we would say in the US, chicken dinners and the host of other things that we use from banquets to ad books to balance the budgets with the support of our members. In Turkey the state recognizes how powerful — and subversive! — grassroots support from the public can be for community organizations and civil society, so simply bans it totally.

There should be a lot of organizers in ACORN and unions and a thousand other non-profit organizations who think twice as they sometimes moan or snort at the work and mission of internal financing, when they realize that in some countries the state recognizes the real power of public support and sustainability and simply shuts the doors on it all together. This was one lesson among many that I will never forget from this dialogue in Turkey! 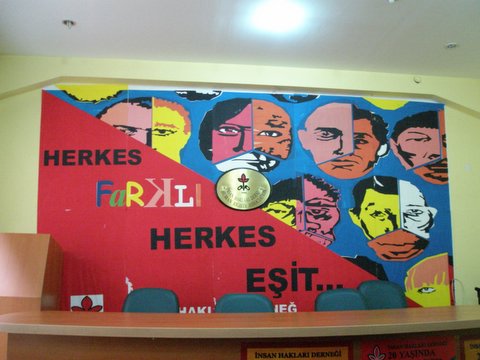 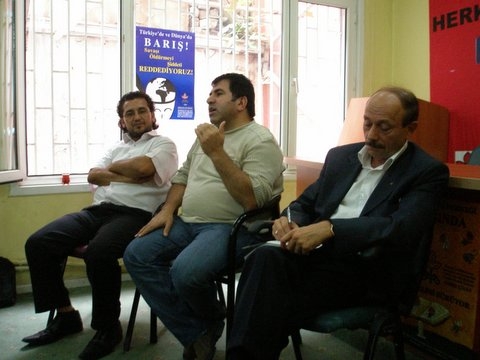