Little Rock        For the 19th time leaders and staff of SEIU Local 100 (www.seiu100.org) headquartered in New Orleans but with organizers also in Arkansas and Texas and SEIU Local 880 based in Chicago but now with members in every nook and cranny of Illinois and expanding operations in Indiana and soon Kansas, came together in their annual retreat to share tips, tools, and plans to continue to grow and engage workers trying to organize around the country.  This year we met at a LaQuinta on Broadway.  The agenda is what draws the organizers not the destination locations, though we were in South Fork Ranch in Dallas which will always be one to remember.  We also brought together the top staff from A-CLOC, the ACORN-Community Labor Organizing Center (www.acloc.org) and A-CLOC campaign managers in Merced (CA), Chicago, Phoenix, Toronto, and Los Angeles.

The tenor of the meeting was both exhilarating and frustrating.  Once the organizers let down their hair (which takes about 30 seconds!) the tensions being managing campaigns and directing them becomes quickly evident.  The excitement of listening to Local 880 staff describe an attempt to create new models for home care worker organizing in Indiana is tempered with the indifferent support of others for the experiment.  The encouraging reports of Local 100 organizing units of close to 2000 workers in the last six months in New Orleans were deflated by delays and obstacles at the NLRB and internal union politics which have forced 100 to pull out of one drive and barely hold on to a unit of over 200 privatized bus drivers in New Orleans in the face of pressure.  A-CLOC’s team was bristling at the inability to get buy-in of real organizing plans on a lot of projects from the client unions on many campaigns.

880 was still celebrating its successful first ever in the country contract for home day care providers and the explosion of growth that has brought them to 70,000 members and the effort of building the infrastructure to support the growth.  100 was still reeling from the twin blows in 05 of giving away half of its membership and jurisdiction and then confronting the devastating cutbacks of Katrina.

The list of campaigns was impressive.  The expanding work in many communities of California and Florida around Wal-Mart is critical for the labor movement.  An important campaign where we are building support for the UFCW in Phoenix to organize a non-union supermarket chain critical to their sector was making progress.  Houston is becoming a center for A-CLOC in recruitment and training with contracts to support janitors getting a first contract and a joint AFSCME-SEIU project among city workers.  After a great year of home child care organizing in 2005, there was frustration that more was not happening on this front to bring the workers into the fold in some states or to move parents in others.

The unanswered question even in the wake of major campaigns and important victories was the shadow in the room.  We are building skills, tools, and capacity to rebuild the labor movement, but is this really possible?  In many cases we were the ground forces and strategic voices but there were others not in the room making decisions about resources and initiatives with — or without — understanding enough to do so, and we were failing to make our case so we were running on a rat maze even while breaking through from place to place. 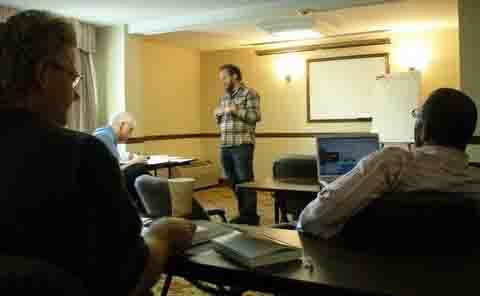 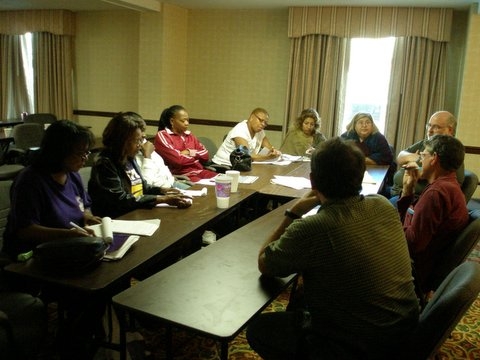 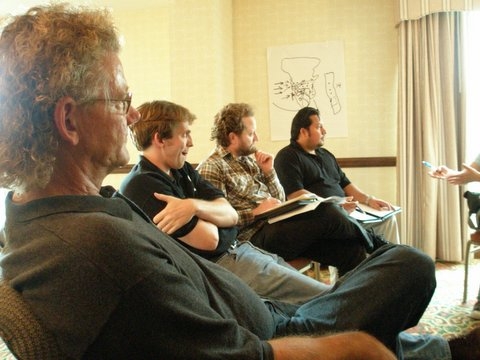