Delhi, India  From the minute I ran into our staff on the India FDI Watch Campaign, it was clear we had a problem. The traders had become one of our staunches allies in the campaign, because they understood their self-interest and realized that the development of “superstore” type operations by Wal-Mart or Wal-Mart wannabes would potentially cost them millions of jobs and their very livelihood. The Confederation of All India Traders (CAIT) was led by Praveen Khandelwal. When I was last in Delhi a little more than six months ago, we had met with Praveen in the back of his small hardware store and he had committed to stand with us, and he had done so. He had joined us in calling a successful meeting of traders, ourselves and others, which had allowed us to substantially move the campaign forward in terms of organizational alignments.

Now, he was in jail having called a bandh (which is most easily defined as a “strike plus,” the plus being anything in the world the strikers can think of doing!) in defiance of a Supreme Court decision and order being enforced by the municipal government. The Supreme Court has ordered the “sealing” or forcible closing of a number of businesses. There were simple bystanders though. The Court had ordered the sealing of businesses in largely upscale but residential areas where traders of varying kinds had step up shop without permits and licenses. Frequently they had done so by simply bribing an official. The traders who were being sealed were fancy operations rather than small street corner variety, marginal operations. In the US one would largely refer to these operations as being “non-conforming uses,” which would mean that they might have gotten away it for some years and could continue, but if anything happened (fire, act of God, whatever), they would not be able to rebuild or operate.

CAIT called a bandh in protest and markets throughout Delhi struck and shut down tightly. There was some violence from place to place, which was not unusual. Some of the traders also blocked traffic forcing the longsuffering driving public to wait even longer than usual and usual was terrible. The fact the public was being inconvenienced in addition to the fact that there was violence and many of the traders were well to do and therefore didn’t look like they would be starving if relocated, caused normal public support to evaporate.

Praveen was being held essentially in contempt. After having been released on Wednesday night, his bail was then rejected, and he was still in waiting for a bail hearing on Monday. Our partner was in a jam and the rest of our allies were scrambling, as were we, to reshape our positions on “sealing” though we had assembled the coalition around stopping foreign direct investment in retail. Interestingly, the position that began emerging from parties, unions, hawkers, and storekeepers in addition to the traders was pulling their cause into a new framework of the overall issue to think about “retail democracy.”

As our panel came together at the India Social Forum, we left a nametag for Praveen and a chair for CAIT, though we knew in solidarity that he was still cooling his heels in jail. Our campaign though had moved front and center of everyone’s discussion. 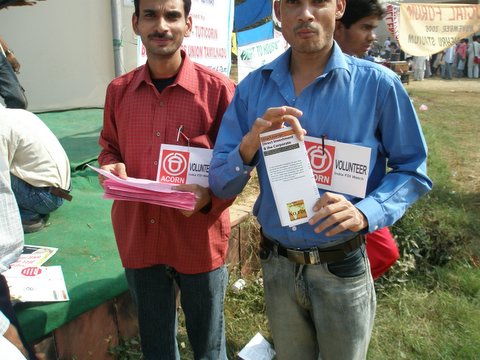 “Preparations for the anti-fdi panel at the India Social Forum” 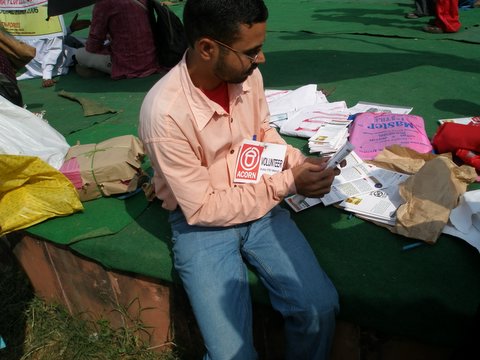 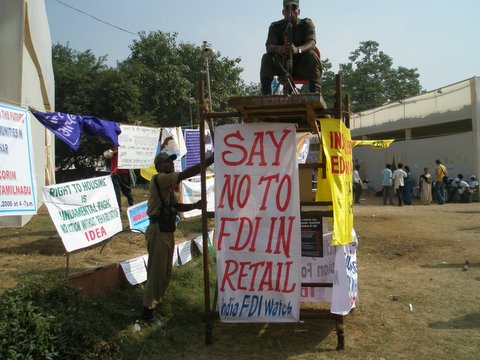 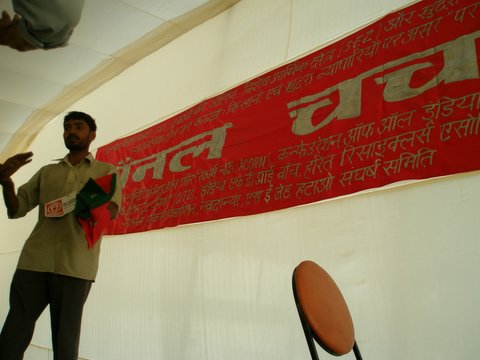