New Orleans                  At the board meeting of the Organizers’ Forum, which returned to New Orleans after a year’s hiatus because of the storm, we were looking at the 2006 elections and their meaning and what might be unfolding over the coming several years.  The facts, figures and insights were flying furiously!

Daniel Gotoff, the senior researcher, working with the great progressive pollster, Celinda Lake, at Lake Research Partners, started us off.  They had done a series of polls for ACORN both in the run-up to the minimum wage initiatives in Arizona, Colorado, Missouri, and Ohio, and very importantly in the immediate aftermath of the election to see what impact the issue had on overall voting patterns.  The results were amazing!

First, in the general polling the minimum wage was cited by voters in the polled states as being even more important in moving people to the polls than Iraq or general disgust.

Second, the issue pulled out people who do not come out in significant numbers without such a draw, especially among unmarried women and young voters.

Thirdly, these voters, particularly where the races were close like the senate race in Missouri, likely made the difference in victory or defeat in some of these contests according to the polling.

We always argued that this was jet fuel powered stuff at the polls, but the results are now in and the argument ought to finally be settled.  These initiatives do make a difference in both turnout and result.

Our friend, Frank Smith, who for 20 years has worked with donors in identifying where they can made a progressive difference in races of all kinds around the country reinforced the trends that the Lake work had detailed.  Part of his message was that we needed to find more issues like these that drove underperforming voters to the polls and shout their voice.

He also stated what should be the obvious, but is worth repeating.   The growing numbers for Latinos and the 06 success in moving them along a more progressive voting pattern following the frustration over little action of immigration, could with another cycle or two make these base voters.  Karl Rove knows this and the fight inside the Republican Party to keep from losing everything here is acute.  Both Daniel and Frank agreed that you can not be elected President anymore without at least 30% of the Latino vote.  This should leverage some powerful debate and change in coming years. 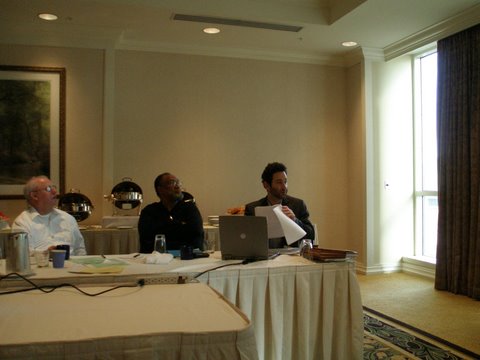 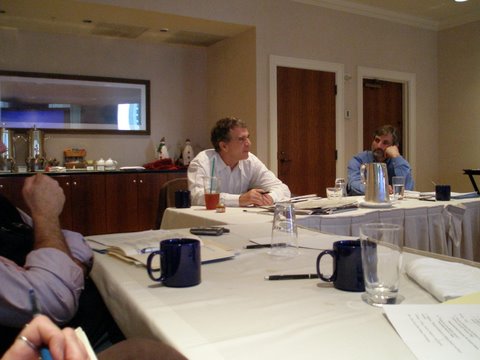