Nairobi            I spent much of the first day of the World Social Forum held here in Kenya participating in sessions organized by the Habitat International–Coalition (HI–C).  I was even a participant on the panel at the first general session on housing in the afternoon to ever be organized in the 7 WSF events to this date.

The common themes are disturbing.  City after city from Delhi and Kolkata to Ajubu (Nigeria) to Nairobi talked about mass evictions of tenants and settled squatting communities in order to facilitate global development.  The Nigeria case seemed the most severe since 800,000 people were dislocated but all of them were massive and troubling, because in virtually all of the cases these actions were taken to satisfy some demand or hope for economic development and its land hunger.

Miloon Kotari, the UN Raporteur for Housing, referred to some of these situations as land ‘cartels’ and land ‘mafias’ in the afternoon panel based on information and hearings he has held in some of these areas.  In Nairobi the term for these efforts is simply ‘land grabbing.’

It all sounds dramatic, but in many ways it is the same simple story we have been hearing for a generation.  One speaker referred to the ‘fight against the city beautiful movement.’  This is urban renewal and people removal along the lines we have seen in the US and elsewhere for many years.  Dislocations in the name of a ‘better’ city, but also usually without any viable program for the millions who are displaced.

In the US now the euphemism for developers (recently we read how Press Kabacoff, a New Orleans developer tried to cloak himself in the same rhetoric) and HUD federal housing bureaucrats is that they want to ‘eliminate concentrations of poverty.’  There is a lot of head nodding, but no program that restores the lives, homes, and well being of the families being de–concentrated.  This is all just people removal with a vengeance.

As articulate as the analysis, I wish I could report that on the globally in dealing with this crisis that there was real progress or even hope that we are finding a way to win against this massive push–out of the poor, but at the end of the first day of the World Social Forum mainly the theme was desperation and anger more than any confidence that there was a strategy and a plan. 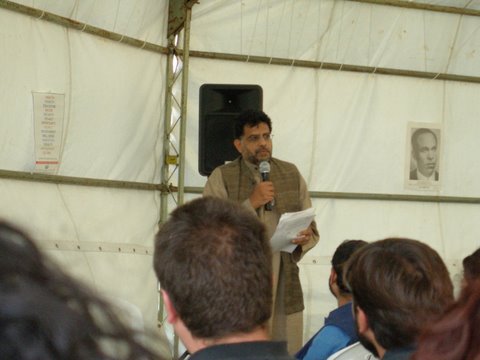 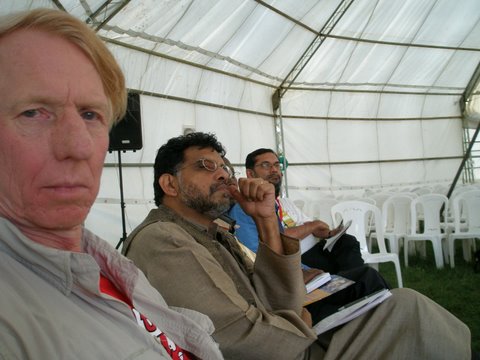