Nairobi            Might we worth me offering some notes that give a fuller sense of what we are finding here in Nairobi at edition 7 of the World Social Forum.

The WSF specializes in tents, almost as a trademark.  Meeting after meeting is marked by the gauze of fabric.  In India it was muslin and bamboo.  Here it is sturdier stuff, though still the same problems abide with sound, it works to keep the sun out and the people in–or at least it sort of does that.  The shelter from the sun is essential since white bread toasts in minutes and hats are everywhere as smart precaution.   All of that is to be expected, but the pleasant and abiding surprise in mile high Nairobi is the pleasant breeze that deceptively cools everywhere around.  Tens of people seem content lounging in the high grass as if it is all a spring day rather than a light wind luring one into the sun’s broil.

The organizers have to be somewhat disappointed in this edition of the WSF because the numbers seem so small compared to the usual events.  The preparations seem to have been for tens of thousands more than have arrived and most of the venues seem cavernous compared to the crowds.  The critical error may have been in misestimating the base.  When I was here several years ago, I spoke of Nairobi as NGO-bi.  A city inundated by NGOs of all descriptions with continental and regional offices chock-a-block behind fierce doors and armed security.  Most of them did not have a base, and here might have been the miscalculation.  Unlike the Mumbai WSF several years ago, the local NGOs seem not to have been able to turn out many troops, partially because many have stout supply lines to a thin base.  The normal experience of the WSF is chaos and crowds.  Here there seems only chaos.

As a final note, I have share a different kind of ‘big-box’ experience shopping at a Nakumatt, one of a 5-store chain in Nairobi, a short way from where we are bivouacking in the Westlands section of the city.  My bag landed at the airport with a rip through one pouch and the top items missing, whether torn by conveyor or human hand matters little, but my kit-bag was gone along with a few other items of ‘personal gear,’ as the Boy Scouts call it.  So, I was destined (and thankful after a day without!) to have a shopping experience in Nairobi such as President Bush the 1st found so uncomfortable.  The Nakumatt experience was fascinating.  This big-box is straight up for 5 stories, rather than stretched for hectares.  In a funny way it stands out without taking up much room, somewhat like an old Sears store in the US without elevators.  The parking lots are thin and tightly packed since cars are common here without being ubiquitous.  The sense of order though was the most fun.  The system would be worth a cultural exploration by trained anthropologists with a special feeling for why motor oil might be next to toothpaste.  The Nakumatt is universally called the ‘big supermarket’ by locals, but it is a variety store in every sense of the word.  Surprisingly, the lack of a system that a foreigner could follow was never a problem, because unlike US based stores, there were employees every 10 or 20 feet along the aisles, and they actually knew the score and actually seemed not to mind helping.  Who knew? 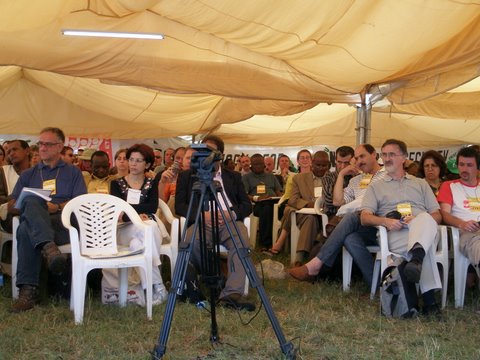 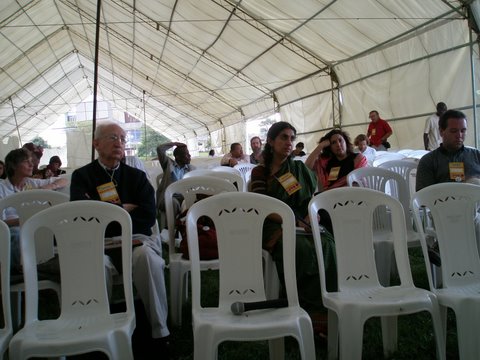