Nairobi Kibera is widely reported to be the largest slum in Africa, but god only knows who keeps such statistics, because it is certainly not the government of Kenya, nor, anyone else that I can tell. The size is unknown when one strips all of the stories away. Many said 1 million of Nairobi’s 6 million inhabitants lived there. Doubtful really, but who cares and who knows, what matters is that a lot of people live there, whether a couple of hundred thousand or a million is hardly the issue. There is no contest being held in the world today for each continent or country’s largest slum. This is still an old fashion source of national shame, not pride.

What started as a small group of us from Habitat International — Coalition going to Kibera turned into 40 odd folks trekking out to see what was really happening — if anything — in Kibera. We went with NGO leadership active in the networks around housing in Africa.

The site of Kibera is part of what makes it a nightmare. First, it is located on sides of a valley going down to a fetid stream. The stench is palpable. Going into the slum one passes stalk corn on both sides creating a bucolic setting, but the irrigation that makes this all grow is sewage, which gives one pause about how healthy the produce lining Kibera could possibly be. A railroad track runs through it. The requirement of right-a-way of 100 meters on each side of the track has led to constant tension and clearing of houses every several years that come too close.

After one walks across a rutted track to Kibera and crosses a bridge of sorts across the stream, one hikes up hill past the mud and stick structures that are called home here. A rivulet flows down the hillside and we walk over a bridge that has as much space as sticks. I took a picture of young chicks wading in the runoff. Language and vocabulary escape me for an adequate description. Hopefully the picture is clear.

We had met a farmer coming through, and he had led our group to his house on high ground. He had raised four children there. Two made it through university he said. One lives elsewhere in Kibera. The myth of education being a ticket to anywhere seems safe here from the facts, just as it is in most of the world. He was proud of the fact that he had land. The Nairobi City Council let them live here. There was no title. There was water on standpipes provided by the City Council. One resident would sell to neighbors making small change from the utility. Television antennae were everywhere, but electricity was harder to get a handle on. Sanitation seemed uneven. This was worse than the early settlements we had seen, but I still have to share the pride of the farmer in his home and the openness of neighbors showing what they had accomplished.

This having shelter is a tricky thing. Just as we have found organizing communities all over the world, home is still home and home is where you make it, not how others might perceive it. The pride of the human spirit associates with others and creates an adaptability of the commons, even when the commons seems sordid and squalid to outsiders. The power of home is something deeper than many of us might ever imagine, until you are sitting on a tree root as I was, hunkering down in the shake, swatting flies as they came my way, and listening to the stories of struggles in Kibera and why home was worth fighting for here, as it is everywhere. 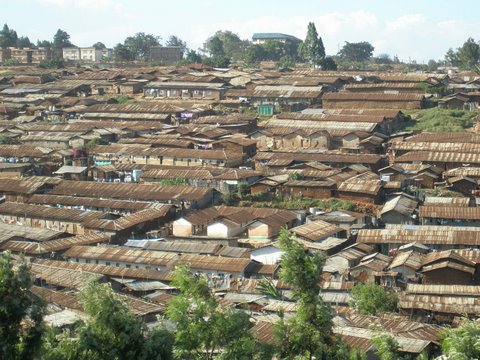 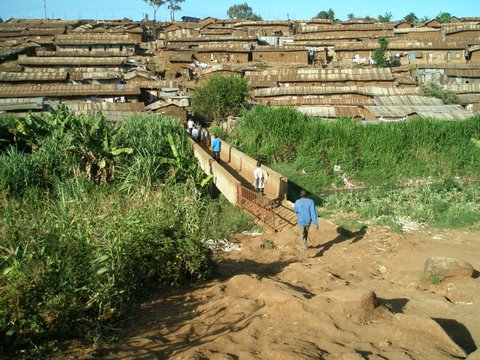 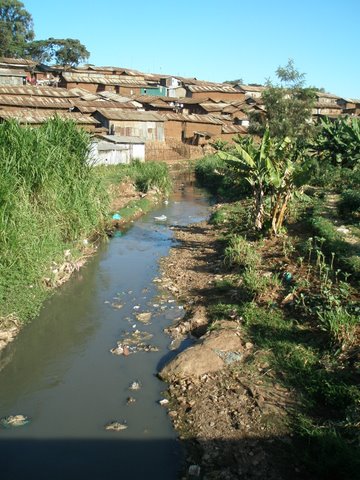 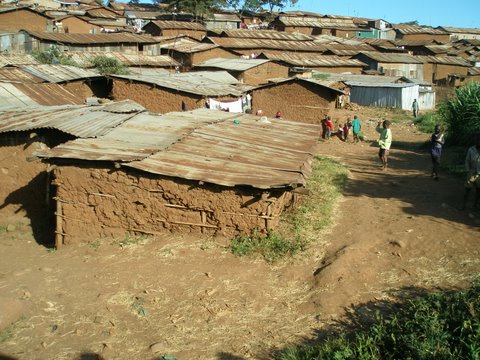 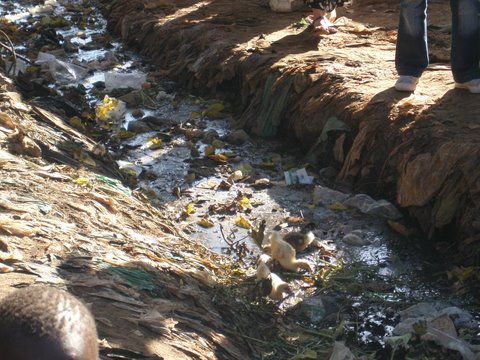 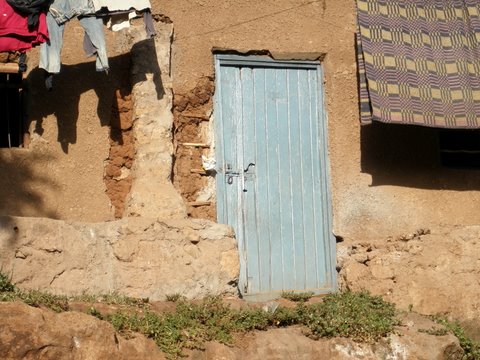