New Orleans    We would try to distract him by bringing up the amount of traffic on our various websites or whether or not to segment our lists or how attractive our homepage or how stunning the pictures were on our e-bulletins.  None of it worked at all.  Nicco Mele, the master web wizard from the halcyon days of the massive email lists and e-fundraising of the Dean for President Campaign was not distracted.   We had lured him as a friend and comrade to New Orleans along with Zephyr Teachout to advise our communications staff and campaign department, and he was unwilling to be sidetracked by our smooth tongues.  No matter what tactic or technique, he was totally focused on one clear and overriding priority of the first order for all of us:  obsessively build the email list!

He was equally clear that we needed to reach a benchmark of 500,000 names on that list before we could really believe we could manipulate the list sufficiently to see it generate organizational resources.  Since that was about 5 times the number of email addresses, dripping and sloppy wet, we thought we could muster today, Nicco’s point was unavoidable and unassailable.  Whining and whimpering about how difficult that might be in the culture of the street organizer seemed wan and lame.  We bit our tongues rather than explain how really difficult it is to even get the offices to appreciate the old religion that lists are lifeblood for organizing, much less the new religion of mining our lists for fundraising, leverage, and communications.  The sand had already shifted totally out from under us, but we were still throwing down castles here and there on the beach as if we were now controlling the water, rather than moving to firmer ground, learning the lessons, and erecting the pilings for the organization of the future.

So Zephyr and Nicco, as friends were unfailingly polite, humorous and generous in their praise and glancing in their technique, but the lines were clearly already drawn between the minor leagues and where we needed to be, making the lessons inescapable.  This long day of help on our web campaigning increasingly boiled down to a short list of commandments and tips to help all of us as organizers absorb these remedial, often obvious, lessons fully.

*    Keep, collect, and database all email lists.
*    Always ask people to do something.
*    Communicate simply and clearly as you would to friend.
*    Cut the frills (pictures, mastheads, and flashing buttons) and            keep the communication the same as you would an email to (as       Zephyr offered) your mother.
*    Measure the “ask” against the community you are building (like          canvassing don’t burn the turf by asking too often).

You get the point.  We learned a huge amount, much of it things that we already knew.  We also ran out of excuses.  There is no reason for us to be proud of pea shooters, when all of our enemies are using machine guns.

And, darn it, we need the money!

Change has to come. 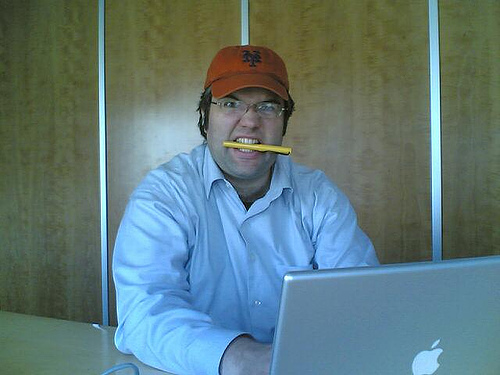