New York City There is a huge war in New York City now over whether there will be a place for anyone to live here that is not rich. ACORN has been in the forefront of the fights to try and maintain and create affordable housing in the city. Most recently the highly contentious battle over Atlantic Yards and the basketball arena found us supporting the project based on agreements that the developers would provide more than 2500 units of affordable housing in Brooklyn where many of our people are being forced out. Surprisingly, we found ourselves on the opposite side of the divide among the Park Slope liberals and others who were unwilling to join us in making the diversity of the community the core issue.

Now the front page battle is over Starrett City, an immense complex out towards East New York with over 5300 units of affordable housing, where a sale announced at over $1.3 Billion dollars in recent weeks has forced ACORN to demand guarantees from the putative owners and help from any of our political and other friends to assure that these units will remain affordable. David Bistricier, who heads the investment group, claims no problem, but this is a sale where no one is buying the claim.

This week ACORN also revealed admissions from the manager and others that a Bistricier property, Flatbush Gardens in Brooklyn, admits to refusing to honor section 8 vouchers which assure affordability for lower income tenants. There was dancing all around about these admissions, but Isemene Spiliotis, the razor sharp director of ACORN’s New York’s housing programs made the obvious point in the New York Times essentially that the fruit doesn’t roll far from the tree. If these bums do it in Flatbush Gardens, then section 8 tenants at Starrett City better get ready and find some packing boxes.

These are hard fights, because it’s big money. Jon Kest, head organizer of New York ACORN, in explaining our odds to me when the news first broke, framed it well by saying we “…don’t have a lot of leverage, but we have a little leverage in a lot of places.”

Brooklyn without working people is simply not Brooklyn. Put that together with a little this and that in the hands of an ever vigilant and ready to rock New York ACORN, and that may be just enough to get the job done and keep Starrett City a place for all the people not another condo crib of the rich and well born.

Postscript — Extra!
Announcement was made today that HUD has stepped in and blocked the proposed sale of Starrett City. They indicated that the buyer had not provided sufficient financials and furthermore that no plan had been offered for maintaining Starrett City as “a viable community for New Yorkers of modest means.”
A little leverage in an unlikely place, it seems. 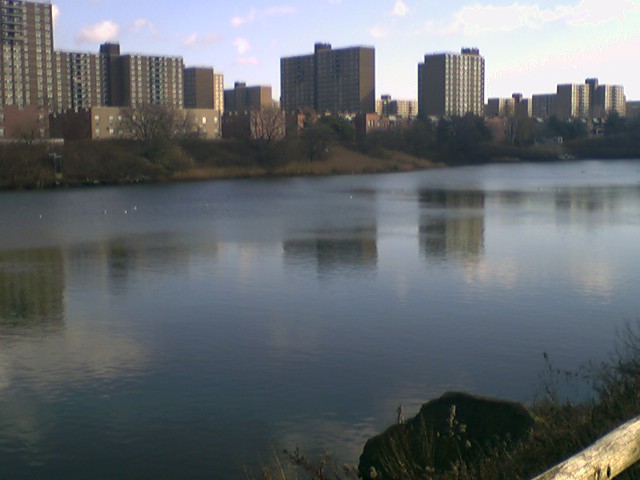