Los Angeles For days we have been engaged in trying to examine how we can slow down and stop the massive theft of a public utility at the expense of the ratepayers — our members and other already overburdened and beleaguered consumers — in Texas who get their electricity from TXU. The twin demons of greedy private equity managers and the legacy of deregulation in many of the major markets in Texas have brought this perfect storm to our front door.

KKR and Texas Pacific are attempting to push almost $30 Billion dollars of debt down the throats of our members and Texas consumers in a classic shell game. By head faking and co-opting some mainstream environmentalists, largely by agreeing to do what they will no longer have the money to do anyway, and trying to confuse consumers with some temporary rate relief in a 10% 1-year only rollback, as well as of course making the current TXU investors happy with a 25% buyout premium on this shifting debt, these boys are hoping that no one notices they are getting robbed while they watch this flash dance on the financial stage.

ACORN in Austin this week squared up at a legislative hearing its condemnation of the deal and at least found the AARP on the same page. It seems that the one piece that money wizards forgot was that the consumers that will actually have to pay the bill will want to say a lot about it and not just fork over our hard-earned dollars to the greed kings.

It is amazing what begins to happen when the economy loses its basic moorings. A columnist for the Wall Street Journal commented about the irony that unions and unionized workers through their pension funds make up almost 1/3 of these big equity pots. In Australia and Europe unions heartily deplore this kind of pocket picking, but in the United States somehow institutions whose charge should be protecting their members are climbing on for the ride. Partially this now reflects the cynicism of institutions with fewer members and the fact that many no longer see themselves as national organizations, so there is hardly a pause in soaking some poor stiffs in Texas where union density is among the lowest in the United States in order to make it possible from some public employee in California or New York to make a couple of extra bucks for their retirement.

Hopefully that tired worker won’t decide to become a snowbird in the Rio Grande Valley or somewhere. He won’t be able to afford it! The rate increases — unless we win — will more than evaporate whatever small dollar he sucked out of the poor suckers in Texas with the money moguls of our time. 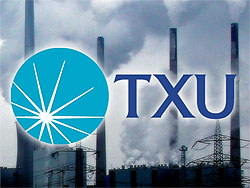