New Orleans In New Orleans like many other places we have a self-absorbed and self-serving elite and unaccountable bunch of goo-goos, as the good government types have been called for almost a century, which collect themselves under the banner of the BGR — Bureau of Government Research. Today they manage to occupy some real estate on the front page of the local paper because they are slamming the UNOP — United New Orleans Plan — for rebuilding.

Certainly let it be said that the UNOP plan is imminently “slammable” and both in process and product is an almost surely a thoroughly flawed piece of work, so there is little doubt that it was easy pickin’s for the BGR to pile on, but still it is simply too rich to see the BGR be throwing these particular rocks. Here are a couple of reality checks.

First, it was a mere few months ago that the BGR put out a preposterous study calling for a process whereby planning was given “legal status” in the charter, as if a plan developed by the Planning Department and approved by the City Council was somehow less than legal. Secondly, in that same document they heaped abuse on the Planning Commission and the planners in the department as if they were red headed stepchildren! In fairness their impulses there were simply undemocratic. They hated the Planning Commission and its staff largely because the elected City Council still had the final say, rather than a super set of appointed commissioners on a new fangled Commission which was the core of their democracy theft proposal.

Now, their solution to what they see as the problem with the UNOP process is to turn it all over to the Planning Department and the Planning Commission and let them sort it out. Yes, this same bunch of bums they had so recently excoriated. Huh? What happened here?

The BGR folks were careful to say that this gutting of the report was not based on the fact that some of the Baton Rouge based Louisiana Recovery Authority folks are active and on their board. No way! Nor, was the problem the fact that some of the members of the Planning Commission are on the BGR board — hey this is a smaller city now and the elite have to do double duty sometimes! This was not a problem because all of these people recused themselves before the report was issued. Sure, right, I have no doubt that their opinions had nothing whatsoever to do with this, and the placement of their people on the Planning Commission now had nothing to do with this paradigm shift.

The real problem though is that the UNOP study simply does not say what the BGR wants it to say. Janet Howard, head of this vigilante posse, has been widely quoted, including in the New Yorker magazine as a huge advocate of the “shrinking footprint” school in New Orleans which would close the lower 9th ward and other areas for future resources and development. The UNOP study does not echo the discredited Urban Land Institute study and until the uptown elites figure out a way to get someone else to say what their boys said then, they are not going to be happy.

This is how good government types occupy their time now in New Orleans. They spend hours of debate and thousands of dollars in trying to prevent and discourage people from coming home, so that they can have the richer, whiter city that they remember from their childhood’s uptown so many years ago. It’s not going to happen, but it won’t be because the local paper or others don’t continue to let them have a bully pulpit from which to issue the clarion call for them and their types to muster on St. Charles Avenue to march on City Hall.

We will meet them at the barricades there! 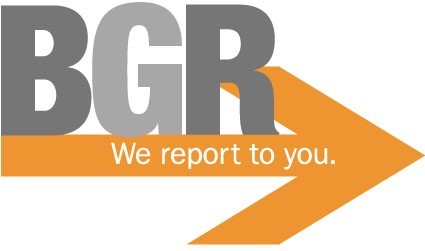