New York City The Museum of the City of New York has an exhibit revisiting the work of Robert Moses and his imprint on the city from parks to highways to bridges and buildings. Moses was the master builder of the middle 20th century, especially during the zenith of his power, in the 50’s and 60’s. There is no question that he got things done.

He was also as much a master destroyer as a master builder. He was responsible for devastating urban renewal. He specialized in “my way and the highway,” and promoted one controversial highway after another in New York City (and around the country) with no regard to the impact on communities and even the character of the cities. It was all about facilitating traffic rather than realizing that highways were simply car magnets creating capacity to accelerate the demands and carrying costs.

It was interesting to walk through the exhibit. The pomp and circumstance was more clearly visible in looking at the old newspaper photos and headlines than I remembered. Moses pictured with Mayor LaGuardia cleaning up Central Park. Moses pictured cutting the ribbon with the head of the United Nations as they moved into their building. Moses with hands on hips pictured as an icon on a girder over the East River. No wonder he got the big head!

In the exhibit they tried to handle the controversy of his demise as a battle of titans. Moses against the neighborhoods here or Moses against Jane Jacobs, the noted urban planner there, or whoever they could shape the contending forces of power and pressure.

The real problem that was so dramatically evident at the time was Moses as messianic figure and more troubling Moses as anti-democrat. Robert Caro’s Pulitzer Prize winning book, Power Broker, (a book that belongs on the ACORN Book Club list for sure!!!) makes it clear that his inability to suffer the necessary transparency and accountability of democracy wipes away any justification of ends and means that he and others, either then or now, would like to use to whitewash his methods. He had an operating contempt for the public which is untenable and intolerable in a free society.

Mike Shea, director of ACORN Housing, mentioned to me in an email today, after I shared the fact that we had visited the exhibit, that the Chicago Tribune wondered in reviewing the exhibit whether or not New Orleans needed essentially “a man in charge” like Moses to fix it finally. Reed Korloff, dean of the Tulane School of Architecture, with whom we had disagreed about the earlier Urban Land Institute plan for a shrinking footprint and more critically with his view that no building permits should be issued a year ago in the Lower 9th Ward and some other areas, to his credit had it exactly right by pointing out the fallacy of that argument by reminding people of the Moses plan to build an expressway through the New Orleans French Quarter, which would have devastated the unique culture and architecture — and economy as it has turned out — of the city. Whether Dean Korloff was also thinking about the problems of autocratic rule even in recovery and rebuilding, I’m not sure, but on this we surely agree.

At the end of a day even as the decades go by, it is still the case that even if you put a tuxedo on a pig, the damn thing is still a pig. 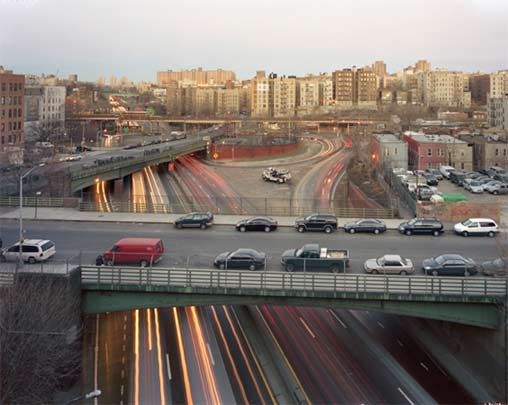