Tagaytay City An organizing culture is a puzzle taking some time to open, and this has certainly been the case of my time with by brother and sister community organizers in Asia in LOCOA. It takes awhile to ask the right questions and step past assumptions to more closely listen to the answers. LOCOA has an organizers’ culture, partially, it turns out, because the connections to the actual community organizations are more circumspect than ACORN’s that I know much better. Not only are the relationships between organizers and organizers at arms length but they are also impermanent in the classic dissociation that Alinksy advocated 40 years ago. The organizers are assigned, and then a time will come when they will be withdrawn perhaps 3 to 5 years later. Not unavailable exactly when an emergency might call, but not dependable or involved in the project of building power.

Part of the culture respects elders in a very traditional way that almost seems too predictable. There is deference and a constant time placement of different organizers as part of one generation or another since the beginning of this cultural tradition. Interestingly, two of the earlier generation of organizers, who had moved on to various levels of government were invited back, were invited back to share “reflections” as part of a tradition that this particular organizing culture had adapted from Paulo Frere, the great Brazilian advocate of popular education.

Dinky Soliman gave a speech with the combination of power point and politician. She had gone from being one of the founders of training institute, Community Organizing Multiversity, to political activism in the removal of President Estrada and the rise of power of Gloria Arroyo, the current President of the Philippines. In her story she told of finding out that she had been appointed to a cabinet level position as Secretary of Social Welfare and Development indirectly through the news rather than through a call or meeting with Arroyo. The entry into government from the ranks of activism and organizing was still unusual and, clearly, controversial, and her remarks constantly cited the lessons she had learned while debating any silent questions that might have lingered behind the lips of her former comrades. I couldn’t follow all of the water that might have traveled under their bridges.

But, I could appreciate several of her warnings which were both ominous and perhaps prescient. One remark seemed to especially draw blood. She remarked that “organizers trained in the last five years are all collectors of micro finance loans.” You didn’t have to be a red-haired gringo to not know that she was going for the jugular at the heart of the local organizing culture. Worse perhaps, from her position with government until her resignation with nine other cabinet members almost two years when they also called for the resignation of Arroyo, she had probably been intimately involved with the doling out of the monies at first hand to see organizers being swept into the latest fad for poor peoples’ economic development, rather than being able to work as organizers. Later when I was talking to the organizers, she had clearly hit the mark she intended.

The other point that was inescapable for all of us committed to organizing for power, was the almost a throw-away line in her remarks, when she warned that organizations were creating “systems delivering services without judging whether these services are in fact empowering peoples’ organizations.” Having been a part of the pride of ACORN’s role in building the largest non-profit housing counseling system in the country through ACORN Housing and now the third largest tax access apparatus for lower income families through VITA sites, it is worth remembering — and reflecting — on whether or not we are constantly and strenuously judging whether the services we are creating and delivering are in fact creating power for the organization and its members.

Less controversial and polished, but perhaps even more effective and fascinating was another former organizer, Bimbo Fernandez, who is now the administrator of Cebu in one of the southern islands of the Philippines. His job is equivalent to being city manager or deputy mayor of Cebu. His story was fascinating and frank. There was no pretense from him that mass based, community organizing of lower income families was about power and that he — and others around the room — understood power in a very fundamentally political way. His argument was that the Mayor, under whom he worked then and now, had won because of the political consolidation of the urban poor organizations and their NGO supporters behind his candidacy in his first victories and because of written accords with urban poor organizations for his most recent victories. He also argued the case for how this empowerment of the urban poor had been converted into policy and program.

Denis Murphy, the eminence grist, of this organizing network, affirmed his argument with reflections that they shared from a visit to Lulu’s Brazil and the experience of the PT in winning power city by city, state by state. Additionally, Denis wondered why they had not done enough to showcase the “model” of Cebu. Clearly, the work had produced victories in Cebu with a direct conversion of protest to power. There was no talk of cooptation here. The earlier catch phrase of “critical collaboration” where Dinky had conceded that too often her turn in government found her too often collaborating and too seldom critical, was instead an unabashed partnership in Cebu allying the urban poor with municipal government. There is undoubtedly a story there and something worth seeing.

The community organizing culture and tradition in the Philippines has been vibrant and dynamic, but unless I was missing too many of the cues from both the program and the side conversations, the culture is also facing a crises as they evaluate the crises of change, adaptation, direction, and funding. Nonetheless, my time with them was again inspiring, because these organizers were still willing in their words to “reflect” and struggle with the issues of their work. Whether or not that struggle and internal dialogue produces the vision and courage for the next stages of the work in this country and elsewhere in Asia is important to all of us who are organizers.

I’m holding my breath and my fingers are crossed. 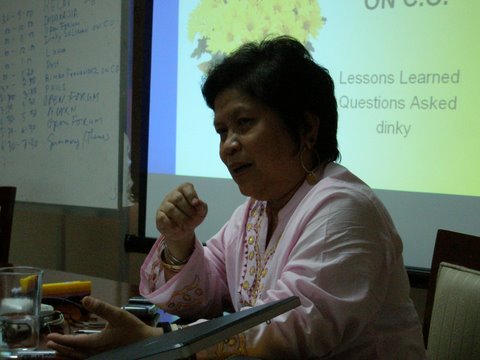 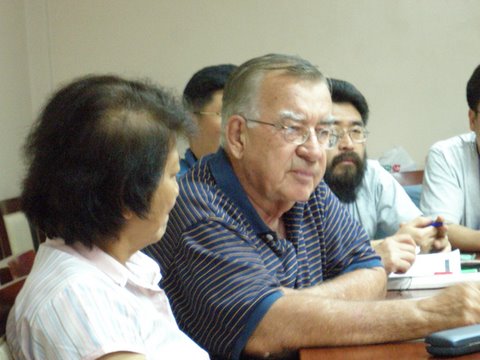 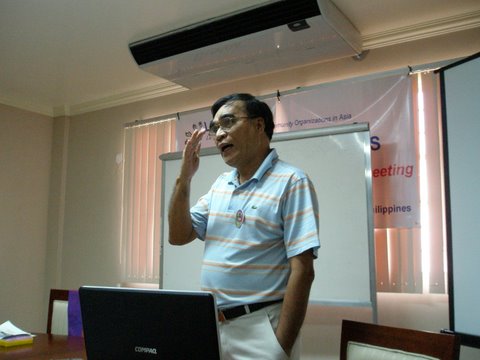