Manila While heading for the airport in Manila to begin the endless flight to the next pieces of work in San Francisco, I was witness to the endless dialing calculations of organizers as they confront the deadening and difficult traffic of the city. It may have been before dawn on a Sunday, but there were endless conversations about how early to leave so that in fact I made the plane.

In the dark driving with some of the organizers who needed the day in Manila for one project or another, I was able to both think about some of the loose ends from this meeting and learn some other things from my comrades.

As always I was impressed with the great work being done in Indonesia by the Urban Poor Consortium and its national network called UP-Link for Urban Poor Link. With the Organizers’ Forum we had met with a Wardah Hafiz and her staff several years ago in Jakarta and several times I had tried to respond to her invitation to see and help in the post-tsunami work in Aceh, but had been stopped by visa problems. Two of the UPC organizers gave an excellent presentation which included some moving power point presentations of the work in Aceh. The houses on stilts looked very much like what the ACORN led partnership had built way above ground on Delery Street in New Orleans.

But I was perhaps more impressed with the fact that UPC continued to be pushing the edge of their work. One story of their success and struggle centered on modifying a national resolution around property, which — unless I totally missed the part — was an attempt similar to our own fights — to limit the uses of eminent domain in Indonesia by restricting its use to purely public purposes rather than private projects in the name of sometimes spurious economic development. Without knowing all of the details UPC seemed to be willing to confront the intersection of corporate and public power, which is so much at the heart of ACORN’s work and in fact almost all of modern community organizing and our analysis of power, though this is largely a separate “paradigm” in the analysis of LOCOA’s coordinator Fides Bagasao, which many organizations in Asia are still measuring in the work plans of their future work and not quite yet part of the regular training, strategic, and tactical regimen for these disciplined and committed organizers. Additionally, the UPC organizers reported that Wardeh, the UPC Executive Director, was considering a protest candidacy for the governor of Jakarta to promote the issues of lower income families and the limited perspectives of the parties.

With a head swirling in traffic fumes suddenly, Jo Vicente-Angeles, the executive director of COPE, one of the primary organizer providers in the Philippines, and Paddie Francia, another of the COPE organizers, and myself found ourselves talking about what it really takes for an organizer to do the job in Metro Manila. It turned out that Jo actually lived in the province almost 2 hours from the office. They laughingly joked about the fact that the organizers regularly and often slept overnight in the office because it was impossible to navigate the traffic and the commute. Certainly cars were not common for the staff so the notion of the space as both office and bunkhouse was assumed and common. I thought of how so many of our organizers would see this situation in horror!

Jo believed that her kids were accustomed to the situation and took it as a matter of course, simply “part of the work.” I certainly have wanted to believe and argued the same thing for decades, so I joined her in the hope that we were both right.

We fell to talking about the issues I had raised for them in my presentation and some of the problems they — and we — faced in our work. I pushed a little about the need to be careful that we didn’t fall into “the dust bin of history” in the classic phrase.

Jo, from the dark of the backseat, replied quickly that if “we were in the dust bin, let’s hope we are part of the recyclables!” We all laughed. Jo was exactly right of course. If we were recyclables then we had a chance. Someone might pick us up and put us back to work again in a new form. Jo’s quick quip was an insight worth traveling across the world to hear and remember.

If we can continue to recycle as organizers, we have a chance to make it! 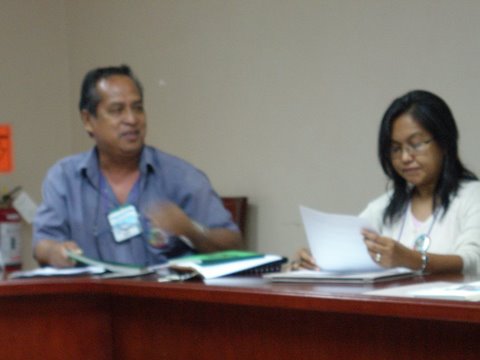 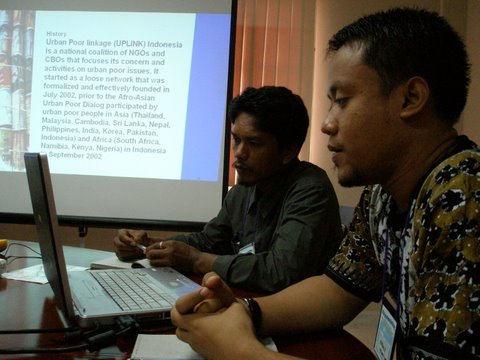