New Orleans If I were paranoid, I would have been challenged even coming to work over the past decades. Of course there is the problem that it is not paranoia if it is true. Turns out for all of jokes and cracks, especially over the past two years, about whether Wal-Mart was spying on aisle 2, it seems that they were spying on all of us, too!

A piece running in the Wall Street Journal yesterday indicated that in 2006 in the run-up to the Bentonville extravaganza or annual meeting, Wal-Mart spied on ACORN and our colleagues with the Ruckus Society who were operating under the rubric of Up Against the Wal. We had done a joint action with them and others around their annual sales meeting in Kansas City, and our Kansas City members also joined on a second outing to Bentonville.

Seems from this “I spy” confession report that they had paid an infiltrator, some youngster, to try to figure out what nefarious plan we might have concocted. I called Andrew Ginsburg, the Kansas City Head Organizer, to let him know he was famous (infamous?) now and needed to invest a buck in a copy of the Journal so he could inoculate his family, members, and friends about his newly minted status as a DANGEROUS GUY in the view of the world’s largest corporation.

This is getting to be the gang that can’t shoot straight. ACORN is flattered at the attention of course, but wouldn’t if be nice if our Arkansas brothers finally learned something from us and other voices about their crippling arrogance? 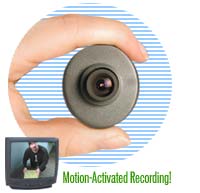