There were a number of other interesting facts in the release. There are now over 71,000 foundations in the US. More than 3000 were created in 2005 alone. There are 77% more foundations now than there were 10 years ago. In simple terms that would mean that more than 20,000 families or businesses felt that they were rich enough and the burden of their taxes was potentially onerous enough that they opened the doors on foundations in that period.

$40 Billion is a lot of money, but it stands for a whole lot more. Since the IRS requirement is a “payout” of 5% per year, if all of these outfits hit the minimum, then behind the 2006 record giving stands potentially $800 billion of wealth sheltered from taxes and available for giving. If we believed that these foundations were above the mark, maybe averaging 7%, then there is roughly $570 Billion sheltered in this way. Personally, I would still bet the average is closer to 5%, but that’s just me being cynical. Anyway you look at it; it’s a lot of money.

The New York Times reporter, Stephanie Strom, estimated that much, if not all of the increase, was likely due to the $3.2 Billion that drug companies had run through their corporate foundations as donations, particularly in developing nations. Since most of those donations are more like charge-backs against the inflated and obscene pricing schemes concocted by the pharmaceuticals, it does not feel like a donation as much as it simply reflects a disgusted “gotcha” by a world fed up with profiteering in the face of inexplicably needless death. Of course the head of the Foundation Center, Sara Engelhardt, tried to argue that the increase of giving was due to a new breed of giving that was simply paying out 90% or more of the annual gifts from the donors, but those are more likely the exceptions than the rule for all the rah-rah. There are so many ways to give away money, including just writing a check to the charities for goodness sakes, that no one should really ever be confused. Foundations, despite the glossy sentiments of the annual reports, are still vehicles for sheltering great wealth from taxes, rather than instruments for distribution.

When reading these figures, I had two contrary reactions. One was business: what are we doing wrong that we are raising so damn little from foundations — maybe a couple of million (if that!) in 2006, when $4 billion was hitting the street. We are not even in the game. We are just picking up crumbs that fell off the table.

My other reaction was the same one that you have when you read the annual expenditures for the Iraq War. If we were not allowing all of the money to be hidden behind the bank doors, then how many social issues could we resolve right now, if we flushed that money into real solutions rather than letting it be sheltered? At the level that wealth is being created now, the last thing we would seem to need would be more self-serving foundations. Instead, what we really need is public serving expenditures.

Maybe we could compromise and just raise the payout to 25-30% and really move some money into making a difference and force foundations on the margins to close up shop and the rest of them to put their money where their mouth is. Perhaps this is something for the agenda if Congress changes hands more thoroughly? I’m not holding my breath though. 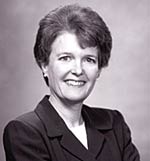