Little Rock It is hard to remember the controversy from 30 years ago when ACORN relocated its national operations from Little Rock to New Orleans. There was a concern by the founding leaders and members that the place of ACORN’s history would be diluted or lost in the shift.

Seeing the national board return to Little Rock and be feted at Dave’s Place (named for David Williams the son of a great long time ACORN supporter, Mamie Ruth Williams) brought home in the most telling and touching way that no matter how large the organization has grown, the place for Little Rock and Arkansas in the pantheon of ACORN’s history is very secure!

We saw old friends come by who all played key roles in making ACORN’s history. Jack Lavey, who helped with legal advice in the early days, was there with Kay, who was always a friend. Ernie and Elaine Dumas were there helping us remember that Ernie was one of the first voices at the big paper then to allow ACORN to be seen appropriately for the weight it brought to the fight. Jim Lynch told great stories of being the first ACORN controller in 1976 and making $45 per week in the job before moving back to government. Lia Lent and Joe Fox, the managers of Community Bakery, visited with us about the days of building the radio stations by hand. These were just some of the old friends who came by to pay their respects to ACORN.

The leaders like Elena Hangii and Susie Thomas (from Pine Bluff) still moved the crowd. Johnnie Pugh and Hattie Daniels shared great stories. Neil Sealy, Zach Polett, and I all took our share of ribbing partly from love and party from how much older we looked than the pictures they were passing around. Maude Hurd opened her remarks with stories of door knocking with me and my daughter when she was hardly 3 feet tall and hitting the doors on the ACORN Crusade for Justice and singing together that we were “door knocking fools!” Ahhh….memories!

Time does not change, but we have changed time, and we could all feel it for those hours we relived the history of ACORN in Little Rock the other night. 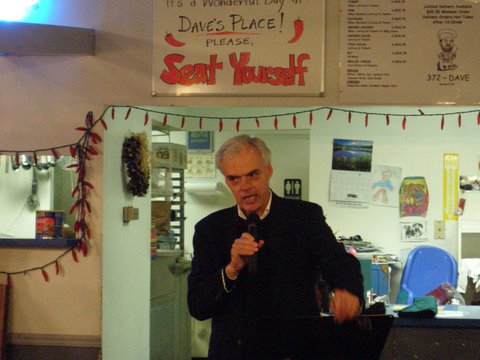 Jim Lynch at the celebration
One of the arkansas leaders finishing with the chants with Neil Sealey and Jim Lynch in background
Two of the oldest members from Pine Bluff, Susie Thomas seated and Irene Powell standing 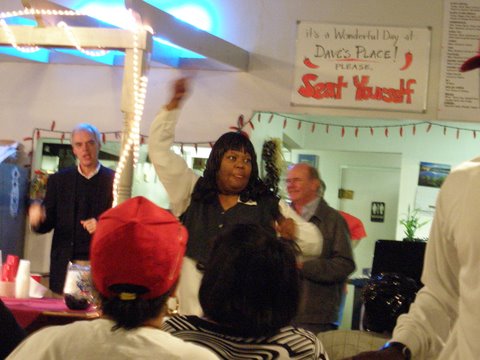 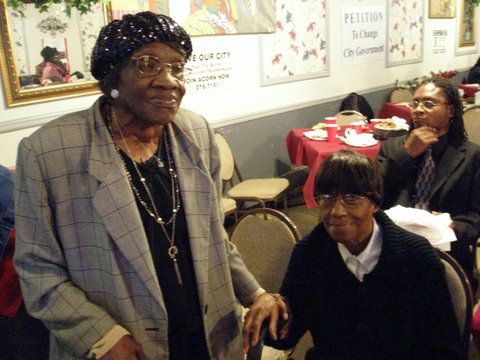