Little Rock The ACORN National Board has been on a traveling circuit holding meetings in newly opened offices for the last several years to welcome and orient new leaders into the organization, but bowing to the wishes of Ms. Johnnie Pugh, the beloved Arkansas delegate and former Arkansas ACORN State Chair and an elected member of the Little Rock Board of Directors, we all found ourselves in Little Rock this year. Some church convention was in town, so we did this the hard way with delegates staying in two different hotels near the airport and meeting at another hotel in downtown with a bus bridging the in-between. Luckily, Little Rock is still a smaller city!

The liveliest debate of the meeting though was a difficult issue at the heart of the public policy debate around immigration in the United States now, and for ACORN leaders it revolves around what SEIU President Andy Stern too often calls the “need to abandon the fight for the perfect in order to accept the good.” On much of the program there is agreement. There needs to be a legalized path to citizenship and there needs to be a way to accord citizenship to undocumented workers within the borders now. The controversy comes around the issues of what is called “future flow” — the immigrants that are not here now, but are bound to be coming. The issue here is around the controversial “guest worker” debate.

We invited our friends at the AFL-CIO, represented by Ana Avendano, and our friends from SEIU, represented by Ben Monterroso, to visit with the Board and outline the debate as persuasively as policy. They both did a great job but were often under heavy fire with questions from the leadership coming fast and furious.

Historically the guest worker, or bracerro, program has been bad all around, so what makes the current debate even harder is the degree to which the new terms of the debate are still of course marred by the old experience. The AFL-CIO and its allies on this front deride any program which does not bring in workers with an immediate path to citizenship. The SEIU is favoring a compromise that would allow a much larger temporary worker program which expanded “green cards” put people on a path but was clear that their time here was temporary unless conditions were met.

The unspoken issue though, which was never acknowledged in Little Rock, has to do with “ways and means” or the “art of the possible.” SEIU believes that there is a chance to deal with immigrations issues now in coalition with business if there is a compromise along the lines of the expanded temporary worker program which, though a hard pill to swallow for many, would allow other benefits in terms of legalization and reunification of existing families in the US and other critical improvements. The AFL-CIO forces essentially believe that very little is likely now until 2008 with a new President and Congress and is holding out for a “purer” bill without some of the old guest worker vestiges.

Many of the arguments get caught around the pros and cons of immigration in general, but the real debates for the Board was over whether to compromise now or hold ground for later. The vote was close on the first day to throw ACORN’s support towards trying to get something done now and swallow the pill in hopes of helping so many of our members caught in this crisis.

The vote tomorrow could go the other way. This is a hard call even when the fierce debates are really being held by forces fundamentally “on the same side.” 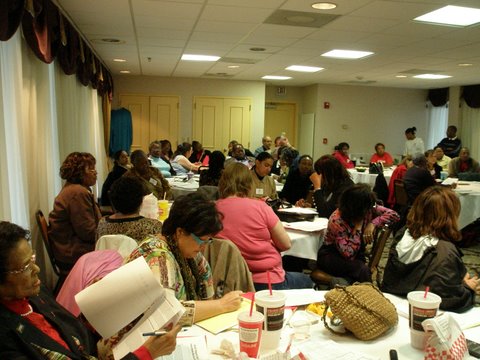 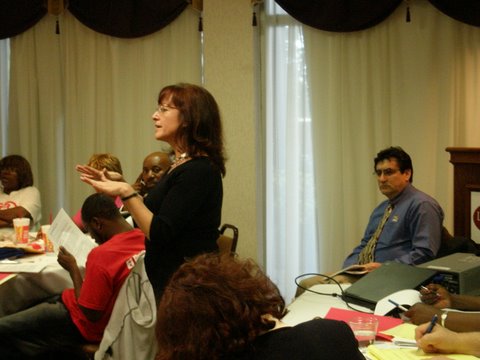 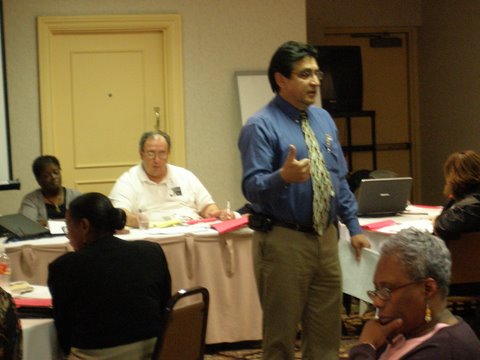