Mumbai One of the largest development and peoples’ housing fights in the world is located in the heart of Mumbai on 600 acres of what is now astronomically valuable land where more than 80 textile mills were first built by the British more than 150 years ago used to fume and toil. Mill lands were the source of employment for 200,000 or more workers who were also classically housed virtually on the mill lands so that they would be close to the 24 hour operations where they labored. Globalization and the end of protected markets broke the textile monopoly in the 20th century and long disputes over the future as well as strikes meant that most of the mills were shuttered around 1997.

We spent the better part of the day meeting with people and talking with the groups of some of the mills to get a better handle on this complex set of issues to see where opportunities and handles might lie to create change in Mumbai, particularly for the lower-income and working families desperate to create affordable and decent housing in the heart of one of the world’s largest cities. The issues are so huge and complex that though we are closer to understanding the issues at stake here, we also know we are standing on soft ground in leaping to too many conclusions.

This much is clear. Roughly half of the old mill lands were retained by the owners. The other half is controlled by public corporations, largely the National Textile Corporation. Since the land is valuable, not surprisingly the owners are hard at the job of bringing major developments for high-rise middle- and upper-income units and huge shopping malls. Mumbai is no backwater country town, so the first question an organizer would have would be about how winning inclusionary zoning requiring developments have a percentage of affordable housing, and there are quite a few schemes (see tomorrow’s blogs) that trip around such programs. More importantly there was a deal in 1991 where the lands were to be split 1/3, 1/3, 1/3 between the owners who were then allowed to develop as they wished, the Maharashtra (state) Housing combine to create public housing, and the City of Mumbai to create public open spaces and civic amenities like schools. This was a generous compromise since the land had originally been pu blic and was leased at rock-bottom prices to the owners originally to trigger their investment. Excellent, but….something happened on the way to the ground breaking.

One piece of litigation after another brought by the owners as well as some political parties and others that rolled over for the developers and now with the willing cooperation of state government the splits have degenerated into fictions. Perhaps 20,000 public tenement units are to be developed rather than 200,000, and most of the public land amenities have disappeared as well.

We walked to the top of the 6th floor terrace overlooking one mill getting ready for development. Finally after 11 years the mill was paying the workers the back wages and benefits owed, and we had walked in and watched the disputes being handled and paperwork being adjusted. The workers were getting an average of about $4000 USD for the 11 years of owed legal benefits as the owner tried to clear up the family greed so that they could get even richer. We looked down on the mill. Despite what the manager had earlier assured us had been 11 years of zero maintenance, it was still sturdy construction. I asked one of the former worker’s wives what it had been like to constantly live in the roar of a 24 hour mill operation with its shift sirens and machines everywhere within feet of their living space. She shrugged and agreed that it was loud, but it was also good work, and the work was missed. The white dust everywhere led to the obvious question about the health impacts, and the quick response was that th ere were no payments for that and no liabilities conceded by the owners on that score.

There is clearly a development race now on whether or not the owners can cash out and build out before public reaction and mass movements build to oppose this theft being conducted right in front of 10 million peoples’ eyes. The developments are all skirting still more rules on the margins of requirements with a culpable allowance from the authorities.

An organizer would think there is still a shot here if for no other reason than the fact that the National Textile Corporation is national with a nationally appointed board, so there must be leverage at the parliamentary level that could be forced to produce an accountable board which more equitably distributed at least the public share of the mill lands. More pressure could force provision of adequate and affordable housing financed by the developments in the mill area or elsewhere to try and recreate the number of units needed. The issue of affordable housing transcends the now long displaced mill workers to include much of the population and the municipal commitment to slum clearance, and the Mill Lands are still a battleground that an organizer would think could be fought to a peoples’ victory, if one could jump out of the displaced worker framework to embrace the total housing needs of Mumbai.

This would be a great place to organize! 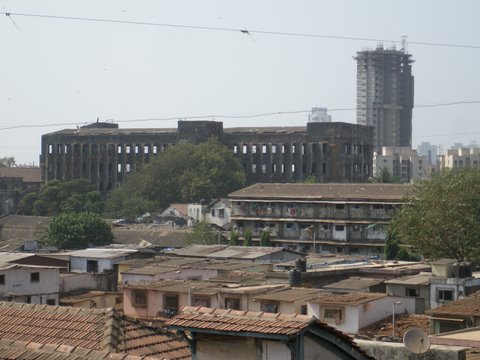 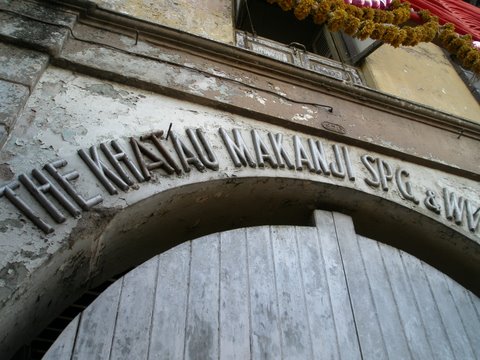 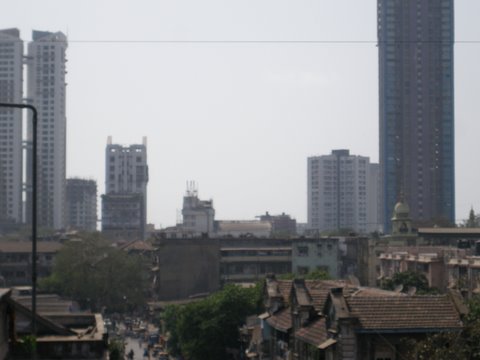 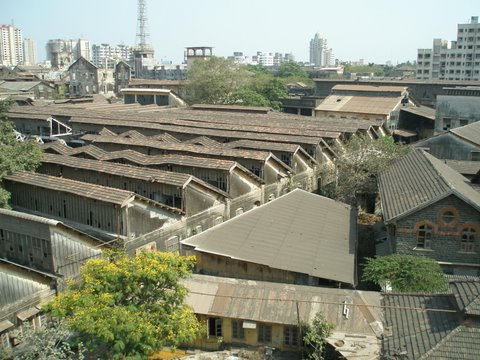