Atlanta        I have been back from India for two weeks now, but the heat of the coalition ACORN has helped build through the India FDI Watch Campaign to force corporate accountability to any effort to modify foreign direct investment continues to reverberate there.  We joke regularly given our low, behind-the-scenes profile in the United States, at how much press interest we are starting to attract in the world’s 2nd largest country because of the centrality and increasing success of this campaign.

In the week I was there the campaign managed to regularly be in the press in the key business magazines in the country, particularly the  Economic Times and  Business Standard, but also the Financial Times in London, The Hindu and local papers in Bangalore and Mumbai.

To give you a taste of what is happening over there, let me share a piece in The Hindu magazine section that ran on this date, so welcome to the big, wild world of our work these days:

With an eye on the retail market
MEENA MENON

THE Association of Community Organisations for Reform Now (ACORN) and WalMart, the world’s largest retailer, both started out in the state of Arkansas, but the difference ends there. And that difference is 58-year-old Wade Rathke, chief organiser and founder of ACORN. For 38 years, ACORN has brought together communities on campaigns for living wages, housing loans, immigrant votes and more recently opposing “Big Box” stores like Wal-Mart. It now has a membership of 300,000 families in more than 100 cities in the U.S. It is the country’s largest community organisation of low-and moderate-income families. In an interview, Rathke quips, “I got there first and stayed the longest.”

Frequent visitor
Since two years, he has been a frequent visitor to India and the reason is obvious. Indian companies are eyeing the retail market in a big way and a tie-up is in the offing between Wal-Mart and Bharti Enterprises. ACORN is looking to work with communities in India and is supporting the India FDI Watch, a coalition of unions, mass-based organisations and other groups to oppose Foreign Direct Investment (FDI) in retail.

Wal-Mart is the world’s largest corporation and it was Fortune magazine’s “Most admired company in America” for two years. Even in the U.S., people are only now accepting the destructive business model of such companies, Rathke explains. “We are not pushing a basket on our heads and saying there is no future. All we are saying in India is `take into account the bad experiences in the rest of the world and put in some regulations’. `Big Box ordinances’ have been formulated in the U.S. thanks to community efforts. For instance in Florida, where we have been involved in Wal-Mart agitations, there are laws in place where the company must prove that there is a place for a super store in a saturated retail market,” he says. “Most U.S. cities like New York and Los Angeles have kept Wal-Mart out. Sixty per cent of the largest cities in the U.S. don’t have Wal-Marts, except places like Houston, which have no zoning laws,” he adds. In the U.S., he points out, there is an emerging consensus that you have to force more accountability from Wal-Mart operations.

With so much happening in the Indian retail sector, Rathke has a word of caution: “When Wal-Mart first started, it was a regular department store. It was not as big then and not so much involved in the food business. We found out the hard way. In the last 10 years we saw many adverse effects and the community lost out. When Thailand opened FDI in retail in Bangkok about 60,000 retailers lost their jobs.”

With 4,000 facilities in the U.S., Wal-Mart is looking to expand in other countries where it has 2700 units.

Adverse impact
“In the US there are studies to show that super stores like Wal-Mart do have adverse impacts on the community, on local security, on jobs. Many studies in the U.S. indicate that the real impact is net job loss after five years. Though initially there is an increase in jobs, small businesses cannot survive because the size and scale of Wal-Mart is such that it can be involved in predatory pricing schemes where people are forced to sell below cost,” Rathke points out.

He narrates the famous story of the pickle manufacturer to press his point. “This manufacturer who has been selling pickles for decades was forced to reduce prices so much so that Wal Mart could sell one gallon of pickle for one dollar. Their motto is lowest prices every day. No doubt the consumer benefits but whether or not this is a sustainable model is a question.” In a way, he said the low prices are also subsidised by the tax paying public, thanks to the disproportionately low wages of Wal-Mart employees, many of whom are on welfare.

What disturbs him most is the lack of deep discussion on the implications of companies like Wal- Mart entering India. “It’s unclear what the long-term impact will be when companies source food from farmers. India is an agricultural country. Does this help the agricultural communities?” he asks.

Also, he says, Wal-Mart sources food from countries where labour is cheap. He feels that the dialogue must focus on what the community gains and adds that FDI in retail is not some entitlement for big businesses to exploit all other businesses and ride roughshod over subsidies or employment norms.

China is being touted as a model for India but even there FDI in retail was opened up over a 10- year period, he says. Also the Chinese government has an agreement with the company to respect workers’ rights. In India, there are no such contracts as yet. Rathke, who has been to India five or six times, says there should be a way for small and big businesses to co-exist. “It’s all about consequences. You cannot insert Big Box models without thinking of the consequences,” he concludes.

There is increasing appreciation of the challenges of FDI in retail and the India FDI Watch Campaign which ACORN supports, is finding common ground to protect the interests of the community and retailers. 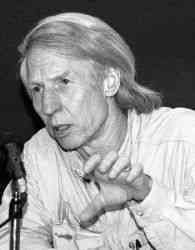