Atlanta There is something about the season of impending presidential politics that moves disparate interests to begin hustling and shuffling to figure out how to interject their issues into the national debate. That something is the momentary leverage that we have in our semblance of a democracy when the powers that wannabe finally have to come on our home grounds and solicit our votes. These few moments every four years force the powerful to humble themselves appropriately before all of us at the grassroots before they retreat back to Washington and speak to us pretty much through the media until the next election.

I have spent this weekend in a “movement strategy session” with about 30 others at the invitation of our friends at the Marguerite Casey Foundation, as they have dialogued with all of us from an eclectic set of organizations to see if there was a way that we could all come to agreement and assemble the resources to inject a common issue into the process. The original proposal was a meeting or a set of regional meetings that would have some 10,000 people in attendance that would raise these issues up.

This is all a difficult process, as you can imagine. The combination of a set of groups with different interests and capacities and the always-sketchy problem of being a grantee and telling the grantmaker what to do made the process yet more challenging for many people.

The other issue that has been interesting is how powerful an initial notion, in this case the notional proposition, of having 3 regional meetings with 10,000 people, can set the debate even if that tactic turns out not to fit the intended strategy well. Despite the fact that almost immediately in the small groups there began to be a consensus for privileging the local work and using local leverage and meetings (though connected and wired of course!) within the architecture of a campaign rather than an event, the power of the original idea and the money that silently seemed to stand behind it, still seemed to magnetize the discussion back to that place with great regularity! Part of the problem is a similar notion by the Center for Community Change, which held a large meeting in South Carolina that received some press in 2004 and is proposing a similar gathering in Iowa later this year. Despite the rhetoric of such events being “part of a campaign” or “long-term strategies,” the usual experience is that these are ad-hoc happenings and essentially just events, no matter how well organized and intentioned, and it is “catch as catch can” whether or not they succeed on any other terms. All of us organize meetings, many of them huge, so we all know both the potential and perils of such events. At the least they are not goals, but passageways as part of the plan.

Maybe we will all miraculously come to a consensus. Marguerite Casey and its passionate and visionary leader, Luz Vega-Marquis, are adamant in arguing their own accountability to this process along with their desire to seize the time, but it is all sooooo hard to put together. It is easy to see the attraction of simply collapsing the arguments down to an agreement to simply do one meeting with our fingers crossed so would then all be done the devil take the hindmost, rather than take up the burden of really working together and really mounting an extensive campaign that forces real commitments from the superstar politicians running on each side of the party line for President.

It is discussions like this that force us to recognize that sometimes our strengths and skills — like our mastery of the logistics and details of putting 10,000 bottoms in chairs! — can in fact interfere with the real problems of how to run a winning campaign in coalition with others, especially when the opportunity for victory, if there was real consensus, is almost palpably real right now. This next year represents an opportunity the likes of which might not come by for decades, but one wonders if we will be able — by ourselves or with others — to rise to the occasion? 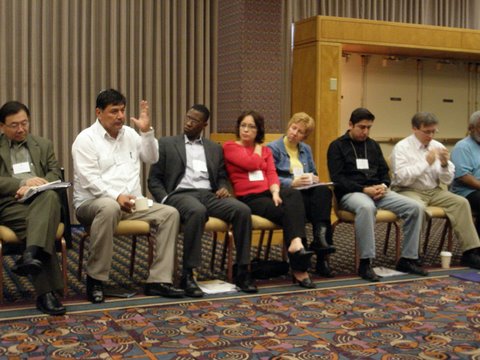 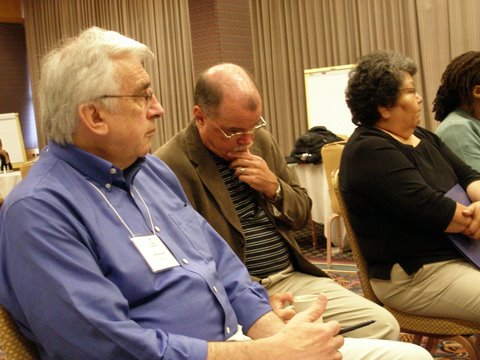 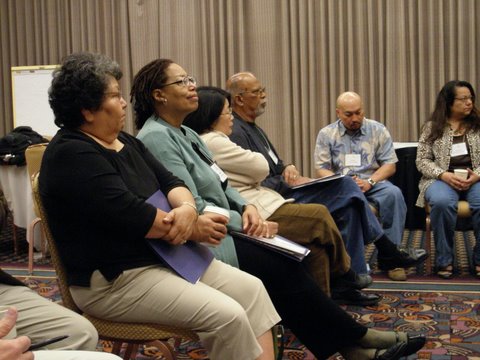 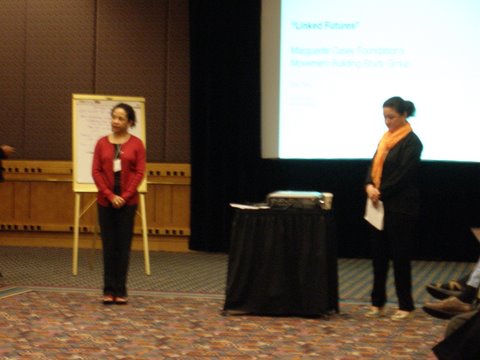