Nairobi I opened my current issue of National Geographic on the plane between Detroit and Amsterdam. The cover was about Jamestown, which didn’t hold much interest for me frankly, but what a surprise to find a feature about the giant Dharavi slum in Mumbai, which we had recently visited and discussed. The piece by Mark Jacobsen with amazing photos by Jonas Bendiksen was solid.

We were just walking the streets, but Jacobson met with Mukesh Mehta, the architect and urban planner who has been pushing the various redevelopments and housing schemes for this 1,000,000 plus slum in the heart of the city. I was hardly put to ease when the opening quote from Mehta was that he “approached it [Dharavi] as a developer. In other words as a mercenary….” He claims to have had a different “epiphany” but it was hard to feel comfortable.

Just as I had described in Blog #551 on Housing Schemes (April 18th), Mehta’s plans were to have people move into 225-square feet apartments. Residents interviewed were clear with the reporter, as they had been with us that they would be losing space. Jacobsen talked with Meera Singh, who had gone to listen to the pitch, and would go from 400 square feet of informal housing, where she was actually collecting rent from small business operations using the space at different times to a small plot in a 7-story apartment building with lift charges and no maintenance plan.

Jacobsen seemed to believe that people would be moving to individual toilets as opposed to the shared spaces in Dharavi now, but I had a different understanding in Mumbai, and here it is possible that Jacobsen was looking at the plans rather than the reality of what others are building. Clearly, in the social rehab units we visited there were not individual bathrooms, but rather shared facilities on different floors of the complex for multiple families. Indeed an improvement over sharing with 100’s of people, but this is not a condo with a view of the South Indian Sea. In fact Jacobson talked to Nagamma Shilpiri, “who came to Dharavi from Andhra Pradesh 20 years ago and now lives in two 150-square foot rooms” and “despite the lack of privacy when she squats in the early morning haze beside Mahim Creek…the idea of a personal flush toilet offends her. To use all that water for so few people seems a stupid, even sinful, waste.” Having spent a lifetime carrying water and paying the local “mafia” for water, every drop no doubt seems precious — a perspective despite the hygiene issues, that many of us will have to come to share.

The discussion of the issues of land tenure and eminent domain in Dharavi were also interesting though handled at much less depth. The informal nature of much of the settlement and the land rights that would normally have been gained by possession over 20, 30, or even more than 100 years seem to wither in the face of legal regulations and a regime of unsettled property rights. Reading about the cavalier discussion of “bulldozing” took me back to the lower 9th ward after the storm and lent an air of urgency to trying to figure out the future for Dharavi.

This is one of the areas that ACORN is evaluating as an organizing project in Mumbai along with the Mill Lands, so the article was irresistible to me, but the never subtle point of the National Geographic centered as well on the explosion of the urban population in the world and the burgeoning growth of major slums. As we have done here, they commented on the “missile race” of communities trying to assert that their local slum was the largest on their continent or country or the world. The discussion about the claims of Dharavi to be the largest slum in Asia were sadly amusing when one thinks that others with larger claims in Asia like Orangi Township in Karachi are clearly larger and Mexico City’s Neza-Chalco-Itza barrio is four times as large with more than 4 million residents. With more than a billion of the world’s population living in slums and the fact that over the next year or two for the first time more people in the world will live in cities than in rural areas, we are all going to need to learn more — and do more — about Dharavi and the swelling slum populations in all of the worlds great urban centers pretty damn quickly.

Anyway, I’m here in Nairobi with Mark Splain trying to do just that and get a deeper understanding of Kibera, the large slum here we have discussed earlier (search “We Could Win in Kibera” #485), so stay tuned. 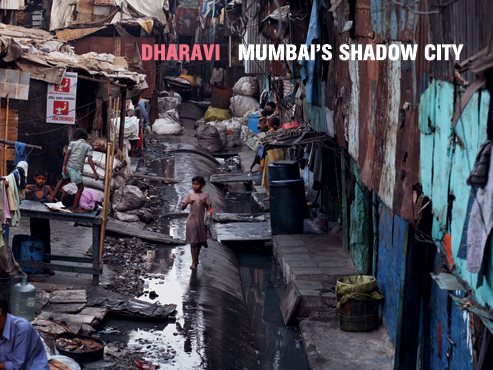 Caption: As Mumbai booms, the poor of its notorious Dharavi slum find themselves living in some of India’s hottest real estate.