Chicago I could never have imagined I would be flying to Chicago now when I woke up in London this morning, but this is one of those entries that is therapeutic for me and reminds both you, the reader, and me, the writer, that the pleasure of travel is non-existent. Here are some of the low-lights of my worst day of traveling just about ever (which means that I can not think of anything worse, but fear that if I really set my mind to it, just maybe….).

It all started well enough. I had a meeting that started early at the Amicus, one of the largest unions in Great Britain, located near Covent Garden. It ended early so I was in great shape and already lugging my bags on the tube as the clock hit 11 AM with a 1:55 departure on Northwest to Detroit. I would felt good about getting to Heathrow in plenty of time. And, I did. Couldn’t find NW in Terminal 4, which seemed the right spot, so asked KLM, since they are frequently a partner and sometimes codeshare, so maybe it was their plane, I thought. KLM informed me that Northwest flew out of Gatwick not Heathrow. Whoa! I had flown into Heathrow from Nairobi? Nothing on my itinerary ever said anything but Heathrow? What kind of cruel joke was this?

But, the key is to keep moving and resolve grievances later, so I went to the ticket agent to see what could be done to get me to the US since there was no way I could make it to Gatwick, since it was now about noon. KLM was no help. They would have to fly me to Amsterdam and then who knows, but the agent was sure that I could make it on the National Express bus to Gatwick. It shouldn’t take more than 45 minutes.

Ok, I ran outside on the bottom level. Found the stop. Bought a ticket for 19 pounds (about $38!), and then was introduced to reality. The buses did not come every 10 minutes as advertised. Furthermore, it usually took an hour I was told. Whatever, I was on my way finally across the green, rainy fields between Heathrow and Gatwick. I caught a lucky break and the Gatwick terminal for NW was the 1st one up. I hustled out with my bags and got to the NW counter to be told over and over and over, somehow the agents thought repetition was going to solve the problem, that the flight was closed for security even though I was 45 minutes ahead of the 1:55 departure. Worst, this was their last flight of the day and the only offer they would make me is that they would fly me home in 24 hours! Furthermore, this was the last flight from ANY carrier to the US from Gatwick that day! Could they tell me if there any flights from Heathrow to the US today? It seemed that they had never worked a computer before! Possibly United and at the worst they thought I could redeye at 845 at night on Virgin Atlantic and at least “be across the pond.” After more time wasted and more half-hearted efforts on their part — and they were worthless, believe me, they wanted me to go a travel agent in the concourse who could help me. I ran down there lugging everything with time at a premium. The travel agency was run by recent English speakers and to make a long story short was a disaster.

I then ran for the National Express bus to Heathrow, paid the same 19 pounds again, and sweated out the return. Nicole Washington, my lifeline, who I had woken up at 6:30 am in New Orleans with this problem, had managed to find a 340 flight to O’Hare that could transfer and still get me to New Orleans less than 90 minutes later than my original flight. There was hope it seemed. The National Express finally made it to Heathrow with an hour to spare, but that was Terminal 4, and I was in Terminal 3. Finally making it to that location, it turned out because of construction passengers had to hightail it close to another mile or so to get to Terminal 3.

Finally, I arrived at United on the run, yelling that they had to hold the 340 to O’Hare. The first two people I intimidated into saying, “yes” that they would hold it, and I was Ok even though there was less than 45 minutes to go. Finally I got to the counter with one woman who knew what she was doing, and she (egged on by a half-dozen agents just gossiping) told me that the flight to O’Hare was closed for security. She fiddled around with the computer and said she could get me to Dulles on a flight I could make an hour later, but didn’t know how to get me to New Orleans. Finally, the first flight to New Orleans that she could find that would get me there on Wednesday wouldn’t put me there until 11:35 AM. Whatever– get me on it!

Anyway, I made it to Dulles, so end of story on this bad day, right? No!

My bags went to a different place in Customs, so I was the last person out of there by the time they rolled them up, and I watched the flights come in from London, Frankfort, and Beijing and all be cleared, leaving me with precious little time to make it again. Of course the bag handling transfer desk was now closed and Homeland Security shut down, so I would need to go upstairs and re-check the bag with the main ticket counter. I did. I then waited forever for security and finally made it onto the flight.

Enough! What else could happen on my worst day ever! Tomorrow will luckily be another day, and I’ll finally be home!

Then while writing this I spilled a glass of cranapple juice on my jacket and jeans to top it all off!

No more, please. At least I have my health!

It all started off well enough @ Amicus and then jumping on the tube, but then…. 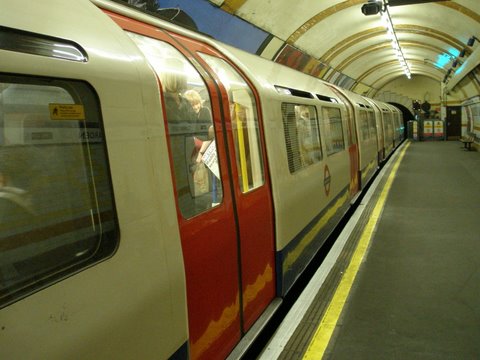