New Orleans        President Bush and Secretary of State Condelezza Rice are in the news revising policy and support for the Palestinian government of President Abbas. Given their even worse feelings about Hamas, the totally confusing situation in the borderlands, struggles in the Middle East involving Israel and the Palestinians have entered another level of confusion for those of us who have spent a generation wishing we could understand what it took to bring peace to this valley.   With confusion comes weirdness and sometimes wonder, and in that vein, I once again post a note, as I have occasionally in the past from our friend, Rick Hall, posted in Jordan and Palestine for the AFL-CIO Solidarity Center who described for me recently his Saturday in Palestine.

Greetings Wade –
The early indication was that it would be a lucky day.  I scored the front passenger seat of the Econoline "service" taxi, so I would have more room than the 6 other passengers to Nablus.  I tuned in a Greatful Dead album on my ipod and settled in for the hour’s ride to Hawara, the checkpoint outside Nablus.  Positive signs for the day continued when we passed the checkpoints at Atara and Zatara without even having to show my passport.  I was rocking along to "Ship of Fools" when we entered the newly transformed Hawara checkpoint.  Instead of an incredibly chaotic parking arrangement about 100 meters from the checkpoint, the Israelis had constructed a modern parking lot complete with security fencing right outside the checkpoint for the taxis. The construction project also created a freshly paved and semi landscaped traffic circle.  Instead of being relieved like me that the new arrangement saved some steps between the taxis and the checkpoint, my Palestinian friends were affronted by this indicator of permanence for the barrier to the flow of people and goods into and out of Nablus.

After walking through the checkpoint and taking the service taxi into central Nablus, I wandered up the hill, through the parking lot of the fire station, to the PGFTU office..  I greeted Abu Samen and Osama and went into the office I share with Abla.  After some small talk, Shaher (the PGFTU general secretary) entered and settled behind Abla’s desk. Shaher has a habit at whatever PGFTU office he visits of sitting at the leader’s desk, always received by them with smiles of gracious acceptance.

Shaher told us of his abduction three days before.  While having lunch with a French labor delegation that had come over after the Histadrut congress in Tel Aviv (which lasted all of one half day), a group of armed (M-16s) and masked gunman entered the restaurant and insisted that Shaher leave with them.  After his refusal, and their threats to his guests, he agreed to join them.  After he was taken away, Nassar Yountes, from the transport union, put the shaken French in a taxi for Tel Aviv and started the buzz of phone calls that would reverberate around Nablus, including many calls to the gunmen, Shaher recounted, who received pleas and threats of what would happen if they didn’t immediately release him.  After about a half hour, during which he was encouraged to resign his PGFTU position and his chairmanship of the Nablus civic association group, he was released unharmed.  I had talked to him a couple of times the evening of his release but it was good to hear his relaxed voice telling of the ordeal.  He explained that he believed the abduction had more to do with his political/social dealings in Nablus than the work of the PGFTU.

He also explained to us the turbulent political developments rumbling through Nablus.  President Abbas had just negotiated an agreement with the Israelis that would "pardon" 178 wanted militants on condition that Abbas would take steps to fully integrate them into Palestinian security forces.  If the militants agreed to the deal, the Israeli’s would agree to limit the almost daily military incursions into the northern west bank and possibly remove some of the checkpoints and barriers.  This was all part of the new initiatives being taken with US support to isolate Hamas and shore up the Abbas government.  Although skeptical analysts say that what the Israelis really want from this semi- withdrawal from the northern west bank is to challenge Abbas to control an uncontrollable situation, thereby further demonstrating the inability of the Palestinian authority to govern.  And without question, even a semi withdrawal of the intense Israeli military presence would free Hamas to ramp up its street organizing for popular support and possibly initiate a challenge for control similar to Gaza.  After a while, we switched gears and talked a bit about the PGFTU plans coming out of the recent Congress to reactivate the organization’s departments and programs.

The real event for the day was the special lunch at the home of Shaher’s father.  I had been encouraged to come to Nablus today for a feast of sheep head with other delicacies like stuffed stomachs  and intestines.  After a four day stomach virus, I was a bit leery of breaking my semi fast with such adventuresome fare.  But any refusal would have been very impolite so Abla and I joined the guests at his father’s home (the recently deposed Labor Minister, the President of an-Najah university, a doctor who coordinated emergency services and several others).  With the exception of Abla, the women never joined the male guests, although Abla was well received and obviously respected.

We were shown into the dining room where the carnivore feast was laid out.  I kept expecting to taste something unpleasant but all the food, with accompaniments of yogurt and rice, was delicious.  The only items I refused were the sheep’s ear and eyes.  I was thankful that no one insisted.  After the traditional Nablus desert of knafeh, freshly baked with sweet cheese and Arabic coffee, we took our leave.

After the taxi dropped me back at Hawara, I could see that way too many people were around for the passage to be going smoothly.  I made my way into the crowded, tin roof structure to the old man’s line.  There were several rows for young men who always moved at a snail’s pace and a side gate where women and men over 50 pass.  But today, in the heat of this summer afternoon none of the lines were moving.  The only line with any movement was outside the shelter and so a number of folks crowded the old men’s line to attempt to climb over the concrete barrier and cut into this line. One young pregnant woman with a mimeographed copy of Norton anthology of English poetry was successful, but most others were forced by the soldiers back over the wall.  One soldier outside supervising the car traffic was particularly aggressive, regularly sighting his rifle at whoever he believed was ignoring his barked orders.   After more than an hour, I hadn’t moved and the smoke from the two men  ahead of me kept drifting back into my face.  After another half hour the line started to move a bit so only two hours after arriving, I finally broke through the checkpoint and grabbed a Ramallah bound service taxi.  The two girls on my seat shared their sunflower seeds with me as we headed our way south out of Nablus.  I put the earphones back in my ears and settled in for the ride home with Marcia Ball belting out some Cajun blues.

Anyway, just wanted to give you some feel for this Saturday in Palestine, regards rick. 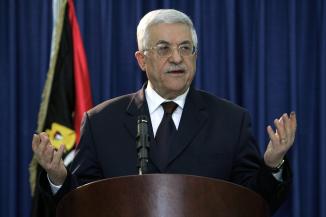