New Orleans     It was a happy day for Cleveland Turner and his family as they finally got ready to move back home to St. Claude Court on the river side of St. Claude Avenue in the lower 9th Ward. It had been a job, but a unique partnership of ACORN, the United Auto Workers (UAW), and the Ford Motor Company had made it possible to rehab the big shotgun double so that not one, but two families could come back.

For the last several months the partnership has been at work on Turner’s house as well as working in stages on several others, but it all started last fall with an email to Bob King, the former organizing director of the UAW, when I wrote to tell him about the work the Canadian Auto Workers had done with their skilled trades department and whether or not there was a similar program of job banking for the skilled trades in the US. Bob got back to me almost immediately that he would try to make something happen. It turned out that he was not in charge of the Ford Department and no longer the organizing director, so when we met in January in Detroit it became clear that Bob was committed to making this work and using their relationship with Ford to create pilot.

Over the last 2 months the UAW has had a crew of skilled workers on the job here. Ford had a nice passenger van they donated to move the guys around and put up the money to make sure it all happened. ACORN Housing supervised the job and made sure it all came together while watching and working with Cleveland Turner on his finances.

Tom Boritzki from the UAW, Richard Freeman from Ford, Cleveland Turner, his pastor, his granddaughter and other family members, Tanya Harris, the New Orleans ACORN head organizer, Gerald Cloud, AHC/New Orleans, and a lot of ACORN members, TV cameras, newspaper people and others were there for the ceremony to make sure Turner had the keys and was just about ready to move in and move on. It had poured down earlier in the day, but the sun was shiny and hot for this. 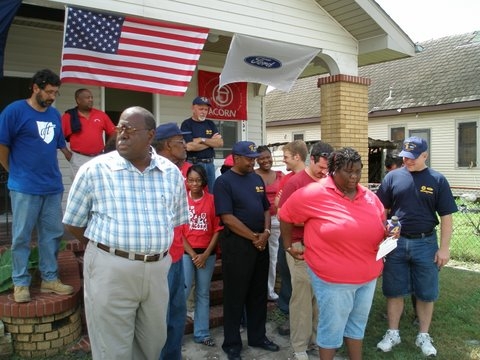 ACORN, UAW, Ford, and Mr. Turner’s pastor during the opening ceremony in front of the home
Cleveland Turner showing off his new home
The media was all over this event
ACORN and UAW flags posted outside the home 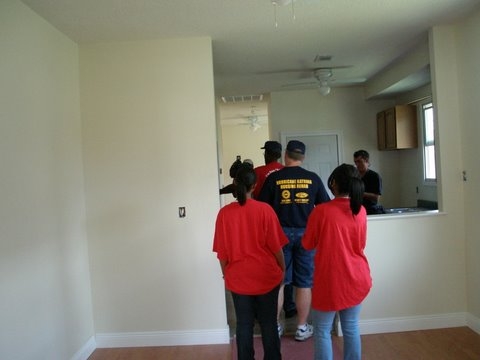 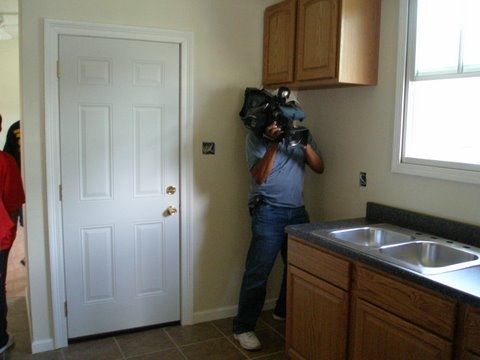 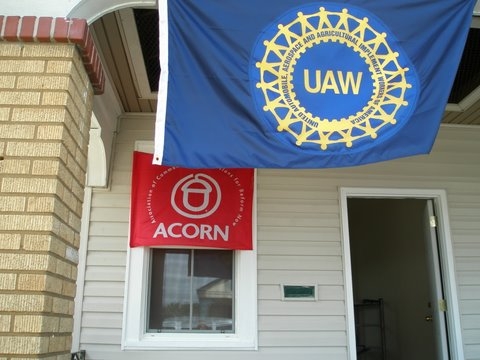