New Orleans     ACORN leader, Joe Sherman, has been a rock in the rebuilding of the upper Carrollton neighborhood in uptown New Orleans. Flooding from the 17th Street Canal inundated the area along with the Lakeview neighborhood, Hollygrove, and many others on the western side of the city. Many repairs have been made on the 17th, but recently Joe and his neighbors got a better, but more frightening grip on the problems for the future, and have been trying to force a fix.

It seems that their neighborhood almost has a big X on it, because a smaller canal running off of the 17th, called the Monticello Canal, has virtually become an “overflow” spillway if there are future problems on the 17th Street Canal. Their neighborhood has become the expendable spillway for future flooding unless the Monticello Canal is also fixed.

So ACORN gathered together recently to create a “human levee” with more than 100 people to bring attention to the Monticello. Louisiana ACORN Head Organizer, Steve Bradberry, tapped into the contacts he had made when he had won the Robert F. Kennedy Human Rights Award in 2006 to bring some added firepower to the fight, putting Kathleen Kennedy and others behind the megaphones to make the case along with Joe and the ACORN members.

I wonder how many other “inadvertent” consequences like the Monticello remain in the city given the slapdash, shortcutting system the Corps of Engineers has put into place to try and create real hurricane protection on the cheap. Until we have regime change and get an administration in DC that really is serious about protecting New Orleans, it is hard to believe that any of us are quite safe yet. 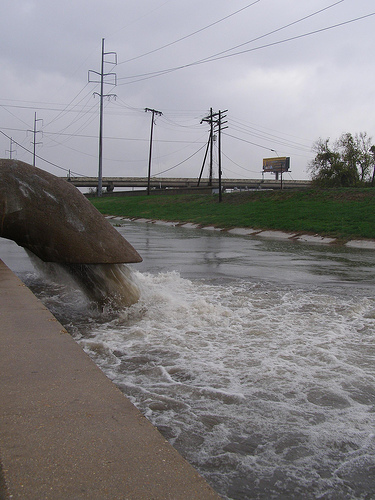