Washington        Cory Booker is an interesting and talented young African-American politician now in his 2nd year of a huge challenge as mayor of Newark, New Jersey.  He is the darling of the media and frequently followed by the Times.  Even as a neophyte elected official, he is sometimes touted as an outside shot as a future President with the pedigree that comes from Stanford, Yale Law, and seasoning at Oxford as a Rhodes Scholar.  ACORN backed Booker in his 2nd shot at the top in Newark when he won the mayoralty, so we have pinned a lot of hopes on him as well.

I have to admit though that Mayor Booker has me confused.  A little over a week ago I found myself in one of the many Prudential buildings in Newark scratching my head with one of their foundation executives about Booker’s categorical support for school vouchers. The move seemed motivated more by a sense of desperation to be different than a full understanding of consequences, especially since school control is so clearly something he wants, but does not yet have in Newark for all of his campaigning.

Reading a very sympathetic interview with Mayor Booker in the Journal this weekend was more confounding to me.

He is flatly against elected school boards without having the slightest sense of irony about the blatantly undemocratic tenor of his position.  Christian Sahner quoted him as saying “Elected school boards often hit the lowest common denominator…they are not the way to get courageous, driven change.”  Although they certainly can be driven lickspittle by the Mayor who appoints them since they would have no accountability to the people for their positions.

Furthermore the Mayor’s main accountability seems to simply “follow the money.”  He waxed eloquently about what it took to tailor the Newark school system to the interests and funding requirements of the Gates and Broad foundations. He says he tried to convince Gates recently that it would be “much easier to show that [school choice] can work, because you’ll see results a lot quicker than in a place like New York…”

The Journal editorialized that many donors would not “touch Newark until Mr. Booker gains control.  Without a powerful leader to ensure accountability, they fear the city is simply a black hole of outside funding.”  Can there be much doubt about the subliminal messaging about a “black hole” for funding?  Booker jumped into the pit though pretty easily saying, “The Broad Foundation and others don’t want to invest in cities that don’t have mayoral control…so mayoral control has to be one part of the strategy to bring resources into Newark [schools].”  Frankly, since Gates and Broad invest in schools all over the country, most of which are still run by those haphazardly, old school, popularly elected (just like Booker is) school boards, I’m afraid the Mayor is caught overreaching here for the foundation dollar.

In the wake of a tragic, execution-style killing of three college bound teens on a school playground in the last couple of days, the young mayor is getting some terrible lessons in thinking first, rather than fast, which they may not have fully covered at Yale and Oxford.  This tragedy has coupled according to the Times with controversy stirred by a YouTube incident where Booker was talking at an affluent fundraiser several months ago and talked about a Newark community activist as a “portly hell raiser who frequently cursed and was missing a few teeth.”  Not surprisingly this was seen as disparaging by friends and foes of the Mayor.

Newark needed a new Mayor with ideas and energy, and Booker still has a chance to get there, but perhaps he needs to spent less time worrying about how to please foundations and the suburbanites and more trying to understand why democracy and community institutions are important even in a beleaguered city like Newark.  If ACORN and Prudential can both see that, it’s surprising that the brilliant young Mayor can miss the mark by such a wide mile. 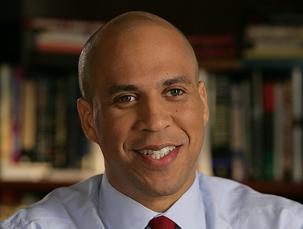