Buenos Aires         A calm and groggy morning followed the overnight flight from Houston punctuated by a cup of chicory coffee brought from New Orleans to the troops in Buenos Aires. Ravioli lunch at a parrilla, a great siesta, and wonderful pizza at Burgio on Cabildo, and I felt I was finding my place in the human race again on a quiet Saturday with the portenos. All of that changed quickly after nightfall with word from home that Oliver Thomas was on his way to court to plead guilty to taking a bribe on a parking lot contract. Damn, that hurt!

Oliver Thomas, for another couple of days at least, is still Councilman at Large in New Orleans with three years left on his second term. He was President of the Council during Katrina and the period after the storm. He has been a friend and champion of both New Orleans ACORN and Local 100, and I can name the times when he was the only one willing to stand with us and not talk twice. For 13 years on the Council he has been difficult and persnickety at times, but he has always been one voice and one vote that on the key issues we could count on standing with us. He was first and foremost on the living wage fights to raise the minimum wage in New Orleans. He was the key person on the Council in helping us win union rights to new developments with HOTROC as a member of the board of Pizza d’Italia. Without him the Loews’ Hotel would not be union today, and it’s the only union hotel operating in New Orleans now. He was willing to come and talk to the ACORN Year End / Year Begin Meeting when we were displaced in December 2006, and the meeting was held in Houston for the first and only time, and he almost broke into tears talking about the hurricane and the fight to comeback. He was sitting at the table at the back of my office with Steve Bradberry talking about ACORN’s gutting program to save houses after the hurricane. He was delighted to meet union leaders from Pakistan at the old steak house on Broad when we talked to them about how we had stopped the privatization of water. As a member of the Sewerage and Water Board, he was always the key vote for us when ACORN and Local 100 SEIU built the coalition to stop the privatization of water, and he defied the Mayor to do it on a close vote.

He wasn’t perfect of course. He was a politician. He could be difficult. He could be late. He could talk too long and be off the point, but he was there went we needed him. He led the way. We could count on him. He said he stood for the people and the low and moderate income population of the city, and he meant it. I had his cell number and he returned my calls, and to tell the truth, I liked the guy.

I can’t believe he was on the pad, and I’m disappointed. It’s a tragedy of talent and promise for what I bet will be chump change.

No matter what people inside and outside New Orleans say about the corruption in our city, the record is different, and the accusation usually masks the racism and regret that masks the real attack. In the last 50 years no elected leader on the Council, no Mayor, no judge and so forth has ever been indicted or been forced to step down because they were corrupt or took a bribe. That’s the record and the reality. 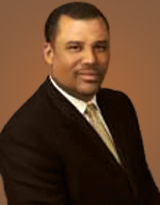