Moscow         Part of what had drawn the Organizers’ Forum (www.organizersforum.org) to visit Russia was the widely reported series of new rules imposed on non-governmental organizations almost a year ago by the Putin administration. We had heard contrary reports, but none of the information encouraged us to believe that something was happening that might be good for civil society in this troubled country. A constant refrain of many of our questions to various groups became our attempt to understand what the impacts of the new rules were and how organizations were coping. It became clear over our first couple of days that every blind man had a different feel for this elephant.

Perhaps the most authoritative, though also the most cautious, commentators were the staff of the newly organized NGO, Lawyers for a Civil Society, organized in 2006 with funds from IREX, International Committee for Not-for-Profit Law (ICNL), and National Endowment for Democracy (NED), all of which are US-based operations and all of them, other than NED, which is directly chartered by Congress with its own separate mandate, distribute US-AID funds as well. Their conference room was shared by two other NGOs, the Independent Press Association and ICNL’s new offices as well.

The heart of the new regulations is registration of all NGOs under the new rules and constant and detailed quarterly programmatic and financial reporting. According to the LCS after the first round of reporting, over 70% of Russian NGOs are already out of compliance and have failed to fulfill the obligations. The registration was confusing and bureaucratic from all reports, but the quarterly reporting provides the most onerous burden. Organizations are required to project their expected programmatic activities and the associated costs and then have already in some cases been required to explain why something different might have happened that was not anticipated in the earlier report. Perhaps a staff member was dispatched to one of the regional capitals or there was participation in a workshop or press conference that was not predicted. Answers must be given! Add to this excruciating financial reporting, and many organizations have had to add extra staff capacity to try and keep up.

Our friends at LCS were too cautious to fully speculate on whether or not this all had a “chilling” effect on NGO work, but obviously it did, and it had to be huge. They did concede finally that they felt the targeted groups were human rights and environmental — anything in the way of Russia, Inc. in short. Greenpeace earlier had shrugged the new requirements off for them but believed at the local level there were impacts. Furthermore the expressed concern with foreign money alleged to be going into these NGOs to create problems for Russian society and government also made the intentions clear. The Carnegie Moscow Center saw the problem as an aggravation and was weathering the storm, though our translator told us later she felt they were soft-pedaling because Putin had mentioned them directly in a speech she thought. Nonetheless big organizations with good sized support and budgets seem relatively secure, but doubtlessly the tens of thousands of smaller non-profits are on the edge and have already proven unable to meet the demands of the new regulations.

As disconcerting and disturbing as all of this was to hear, the equally hard part of these conversations were the realization of how similar are some of these regulations in Russia to those being promoted by the Senate Finance Committee in the United States for non-profits on the witch hunts to find tax exempt monies funding political or partisan work. Certainly the recent resignation of the Attorney General after firing US Attorneys when they refused to buckle and harass and indict voter registration workers was all of the same cloth. The regulations imposed on labor unions during the Bush Administration for additional reporting are also reminiscent of such repression.

It is one thing to tut-tut and think something like this can not happen in one’s home country, but this is a myopic point of view. There is a pushback all over the world on non-profit, advocacy, membership, and labor organizations solely based on whether or not they are doing their jobs of holding government and other institutions popularly accountable. When the debate settles down to simply being a difference in degree, then we all have to recognize we are in bad trouble, and the Russian experience is too familiar already. 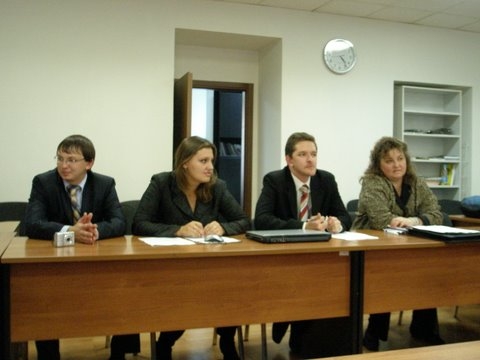 Lawyers of the Civil Society staff 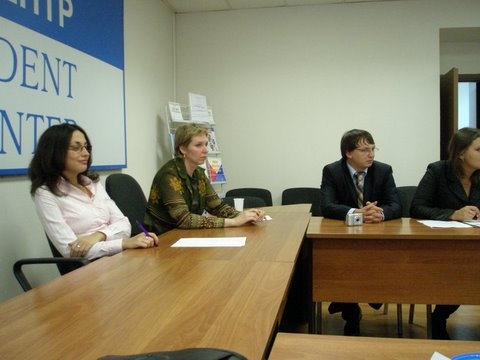