London        It had been a classically London day from the movies.  The rain had been steady and chilly since 8 AM in the morning.  Thanks to a Houston Astros hat and British Columbia raingear, I was fine except for soggy toes on what Jerry Jeff Walker used to call my “manly footwear.”

My meetings in London though had been more interesting than expected, first with Progressio, where I found kind a kindred spirit in this organization that had been formed by radical Catholics in the 40’s and continued vibrant over more than 60 years.  I met with the director of their Caribbean and Latin American program where almost 50% of their resources were spent.   He was a Chilean exile who had found his effectiveness and was keeping to it.  Best for us, he was working in and interested in our work in Lima and Santo Domingo, which was an elixir on a rough day.

My last real meeting of the day and of this endless road trip was with a senior program officer of a foundation in the United Kingdom with deep interests in Birmingham, London, and how people thought in the UK.  This was a foundation in the US sense of been a philanthropic pursuit of family wealth whose name was on the door, rather than a foundation in the EU sense of a place that gives away government money.   The foundation had actually supported community organizing and understood the US roots, so for a change instead of having to explain this foreign thing from scratch, we could actually have a conversation about the work.  She understood the roots of the living wage campaigns with us and others in the states and was thankful for the work, rather than defensive about it.  She even wanted to know about the Organizers’ Forum and our trips to Turkey where she was going soon with others.  She was even interested in whether we might have something interesting about our work worth telling over in the UK.  (Is that my heart fluttering!?!)

She was also interested in our help on visits they are planning to Chicago and Toronto next year to look at immigration issues, though the frame is “Chicago where they are getting it wrong” and “Toronto where they are getting it right,” which meant having to spend some time on that as well.  But, the fascinating point was the discussion of the foundation’s work around the issues of diversity and immigration and how it was operating as a wedge issue in the UK.  This is heavy stuff in the finger-pointing countries of the EU because the narrow and backward positions on immigration and diversity are confronting and unraveling the liberal consensus on many issues.

She mentioned France where the xenophobia is such particularly around language and Islamic religious issues and dress that the policies have become intolerant.  In the papers the Financial Times in London reported that after more than 100 days without a government in Belgium threatening the very existence of the country split north and south by language (Dutch versus French) and other issues, there might be movement towards a new government because the warring sides were in agreement on a wildly rightwing anti-immigrant program reexamining the progress towards assimilation as the criteria for citizenship or expulsion.

In country after country, including the UK, another headline noted that there was an 800,000 person net increase of immigrants in recent years not counting those from the EU countries where the borders are now free flowing.  The issue of immigrant workers from Poland and Romania is as intense there as it was in Russia from the Ukraine and the “stan” countries.  Add race and religion and you can even add the Netherlands and Sweden into this gumbo of countries trying to sort out how they now feel about not being as homogeneous as they have been accustomed to in all of these years.

Not quite understanding the debate in the US and its complexity, they have picked up the more conservative Republican themes and the failure to resolve the legislation as examples of the US, the classic melting pot, being ripped asunder in the same way.  London they see as having it right without quite understanding that there is a difference in the cities and country in the US as well.

The problems of refugees are also caught here in the immigrant backlash.  On this trip I read two moving books that in more than one instance brought tears to my eyes in planes and trains.  One, Brother, I’m Dying was written about the experience of economic and political refugees from Haiti by a daughter thinking about her uncle and father, and the other, The Man in the Sharkskin Suit was also a daughter’s tale of her family’s love of Cairo and the finality of being forced to flee because they were Jewish after the Egyptian — Israeli War and the difficult transition to Brooklyn and the states.  The American people and government do not get rave reviews in either of these books but the power of the personal stories are such that that you can not read them without realizing that a core part of our humanity has to be able to provide safe homes for the persecuted and justice on our own shores for refugees and immigrants.

These are struggles worth having.  It was good to find people engaged in these issues in Europe and moving past the smug and to the substance. 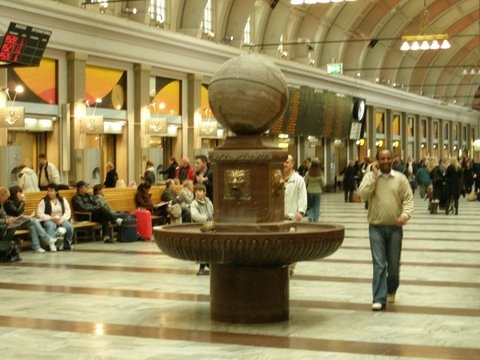