Paris          Like a kid before Christmas, I was up and up early to catch the Tube to Heathrow. I just about opened up the Bayswater Station. I was almost 30 minutes early for the first train from Glochester at 5:54 AM on the Piccadilly Line to Heathrow. I was going home, and I was ready to get this done.

Nonetheless, first some notes for my father and the few among you who have an interest in the random observations of these travels…..

* In Helsinki they eat lunch early: 11:30 AM usually. By 12:30 or 1 PM the places are deserted and people are back to work.
* In Copenhagen they don’t even bother asking for the train tickets on the early stops that put you to the airport.
* In Stockholm they have recently set up a system where they no longer take money on the buses and trams so you have to search and find the few places where you can buy a ticket.
* On the other hand it is also well known in Stockholm that because of this problem if you are a foreigner or tourist they will look the other way!
* In Copenhagen there is wild credit card monopoly! Most local stores, shops, and what have you only except Visa, not even Mastercard. Some will only accept Danish Visa’s at that. Stuck without local money and trying to buy a slice of pizza several blocks from my hotel on a Sunday, I was sent away with no Danish card and then turned away from the counter at a local grocery when I didn’t have a Visa. Might as well have tried food stamps!
* In the UK they are setting up a “first time homeowners” program for the first time it appears, and ACORN really needs to think about how to share our experience. Brown and his gang today raised the child credit which makes me also think we could do ACORN Tax and Benefit Access Centers there, but that’s all for another day….
* The websites are wrong about money in Scandinavia. Having just knocked on doors in seven (7) countries in 18 days or so, Euros were burning a hole in my pocket. They were only good in the Paris airport and in Finland. I didn’t expect them to be of any use in Russia of course or the UK, but they were also worthless everywhere else in Scandinavia. Worse in all three of these countries (Sweden, Norway, and Denmark) where they use some variation of the kroner, they virtually spit at you if you try to use them from country to country. This is a problem, friends.
* Bikers rule in Copenhagen. It’s like Amsterdam II. Worse, they are fast and dangerous with their own lanes that are virtually kill zones for pedestrians. There are more helmets being worn by the bikers in Copenhagen it seems, but this is a blood sport, more than a transportation system.
* Public transportation is almost unaffordable in UK and Sweden. I got a lift from one meeting to another in both Stockholm and London and asked each of my drivers how they made the decision. In London where there were two workers and a child involved, it was cheaper for him to buy a Prius and drive than have them all tube and bus. Stockholm, it was both cheaper than and twice as long for him to take the public as drive. This is a disturbing trend!
* Lord save you if you are old, disabled, or have a problem with bags or stairs in London. I think I made this point in Moscow on some of the outer stops away from the Kremlin as well, but the London Underground is no better. If you lose a step, you are in a world of trouble! Hats off to Germany on this score!
* If you buy a can of tuna fish in Helsinki it comes with kernels of corn and tomatoes in the can. What a surprise!
* They serve muesli in Scandinavia, which I found delightful — so much like oatmeal! — but in more than a week I noticed that almost no one eats muesli among the natives compared to the cornflakers and, worse, the chocolate flakers. Hmmmm…
* And, what is with hard boiled eggs and how much everybody loves them everywhere? I literally started thinking by the end of this trip if there was something amiss in my general raising that I have never been a hard boiled egg eater and whether or not I was going to have to learn at my advanced age in order not to starve to death on the road.
* Incidentally, except in Stockholm do NOT touch the bacon in any other of these countries — just fat with some side color and nasty! The sausage is bad everywhere I traveled. What are they doing to their pigs up here?
* Back to the subject of credit cards for a moment….they are more common in Sweden, Norway, and Denmark than money despite what I have said! Cabs take them, buses, subways, and trams take them, and except in Copenhagen they have clearly become as powerful as the currency.
* On the road I have begun to wonder if there is any such thing as a “local cuisine” in many cities. You can find Chinese, Italian, Thai, and even so-called American, Mexican, and of course fast food, but the number of places specializing in “local” food in the cities were few and far between….if they existed at all.

There’s more, but I’ll spare you. Battery is almost out, and I’ve got hours to go before I land, so….au revoir! 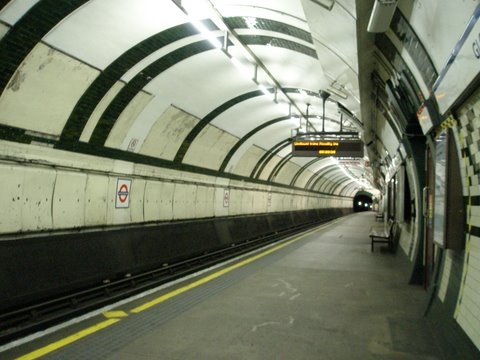