Detroit         The ACORN National Board’s fall meeting was held downtown on Washington and Michigan Boulevard. Washington’s statue was across from the hotel’s front door. Across the street on the other side was the gutted-out shell of the Book Cadillac, the formerly grand dame of Detroit hotels, being rehabilitated into a Westin combo hotel-condo operation.

Running in the mornings there were the signs of beautification projects and new construction everywhere on the deserted streets. There were not many stores and few signs of big city life. The Chase Tower would stand looming across from another tower that was totally empty. “For Lease” signs and broken sidewalks would compete with flowers freshly planted in the medians and parks. Riding the “people mover,” Detroit’s elevated transit train, was a 50 cent tour of the city where no one got on or off except in Greektown where you finally saw people on the streets and realized that you had just been dumped across from a casino. Three flights of stairs to get into the People Mover or out of it probably did not encourage too much foot traffic. From the park with Mayor Kwame Fitzpatrick’s welcome the walkway along the Detroit River commemorated the founding of Ford Motor Company at the location there of a former coal yard and running behind Cobo Hall Convention Center and the Joe Louis Arena, I could think of the progress there and coming back past the Gateway to Freedom, recognizing the great African-American exodus from the South to the manufacturing jobs of Detroit, but all I could see was Windsor, Canada across the river and the multi-colored hotel at the tip of the river’s turn there.

What happens when the jobs are gone from a great American city? Plants that remain have been pushed out to the suburbs along with most of the people in middle class neighborhoods. The cultural buildings and the downtown headquarters still remain for some. GM’s tower still anchors the Renaissance Center farther down the river. But, when the people are gone, what really brings them back.

Three blocks from the hotel I found a new Borders bookstore that you could only enter through the swinging doors of a skyscraper that announced it was the world headquarters of a computer software company whose name I didn’t recognize. In the store three clerks were minding the merchandise for an equal number of street people who were coming in from the crisp fall morning. Another block away was the Coney Island Hot Dog place I remembered visiting decades ago. It is open 24-hours and serves cheap, hot tasteless food, and clearly tries to adapt to the ecology of the neighborhood where they are the only game in town.

There is so much infrastructure and investment, but no urban policy in this country that does what has to be done about putting buildings and houses that need people with people that need space and houses. Working out the likely costs on the back of an envelope it is not hard to figure out that government subsidies of rents and condo or apartment purchases for younger people and families to turn these buildings into living spaces or the same direct grants, credits, or subsidies for larger and smaller businesses to occupy vacant commercial property downtown in order to create critical mass, makes sense. An urban policy is not just curbs, gutters, and new paints. It is exactly the opposite. It is an investment in people and repopulation of depopulated sectors that have been left from the deindustrialization of the Midwest.

People attract amenities even more than amenities attract people. The chicken and egg are clear here, but you can tell it’s backwards in Detroit. We need to create an urban development and economic policy centered in people. 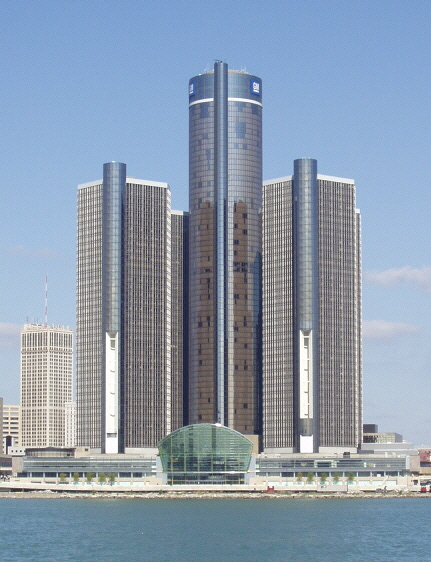