Detroit      There is a an argument that might be made, even if it is difficult to survive in practice, that there is a strength that could be found in ACORN’s leadership governance from something that works almost like a two-party system with an Administration Party and a Opposition Party. The theory would follow these lines: An opposition party would interject needed checks and balances and general accountability. Power would be mediated by the dialectic of reasoned opposition thereby requiring more rigorous planning, the creation of deeper consensus, and mechanisms for wider participation.

That is the theory perhaps. The practice is much more difficult, contentious, and potentially destructive of the institution and alienating to the individuals.

Having a ringside seat at the meetings of ACORN’s national board has been an honor and privilege since the board began meeting in one form or another 30 years ago under a series of great elected leaders starting with the late Steve McDonald from Little Rock and continuing in an unbroken chain to Maude Hurd, the current president from Boston.

The culture of the board throughout most of these 30 years has been based on consensus. The culture more recently in the last 3 years or so has been evolving in a different, new, and thus far indeterminate direction to a new evolution as two de facto “parties” among the leadership have emerged between those favoring the current administration headed by President Hurd and those opposed to the continuing impact of this administration.

The balance is unsettled by the tactics, rather than the strategy. In a democratic organization, like ACORN, the practice has to support voting and of course various leaders contending appropriately for elective office, which is to say more starkly, power. The tactics though can disturb such a substantive strategy if they are constant, and therefore based increasingly on the frustration of obstruction. Additionally, when the opposition is not the “loyal” opposition based on principle and program, but simply the counterpoint and alternative solely based on the pursuit of power, it really seems to polarize uncomfortably for most everyone.

We also lose grace, so important in debate and dialogue. Losing becomes less constructive than simply more contentious and embittering it seems.

Two years ago there were various campaigns for several positions advanced in the board elections, though the Administration prevailed decidedly. This year a new slate also failed but garnered more votes.

Is this healthy? Well, it could be, though the practice is failing the theory thus far and some bitterness is etching scars among leaders on both sides of the divide. On the whole there is still the semblance of “family” in the meetings and elaborate efforts to protect the bridges of discussion between all delegates, but the culture of complaint and contention is straining and dividing in a worrisome way.

The challenge increasingly is a fundamental one calling for real and dramatic leadership that heals, binds, and truly sets the direction for a united future. As an organization we believe that conflict can produce deeper and truer solutions, and the leader is now testing that theory in a very personal and internal way at the national level of ACORN. Breaking past the two-party system now emerging will be leadership that is able to weld both sides into one. Not easy, but possible, and clearly this is the job for ACORN leaders at the national level if they work out the issues faced at every level and find the path for the organization’s future. 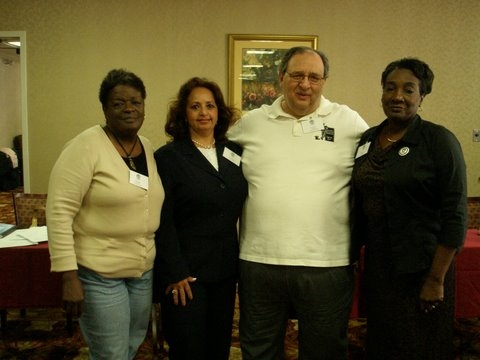