Chicago        Justice Christopher A. Boyko in the federal court in Cleveland delivered a head shot to mortgage investors by dismissing 14 foreclosure cases brought in their behalf because they had failed to really prove that they owned the properties that they were trying to seize and sell..  Company after company that ACORN has been meeting in recent months has imprinted on me the mantra that investors in highly sophisticated mortgage security pools are the 800 pound gorilla hanging outside of the room.  If we can develop agreements with them that would pass the muster of the trustees for these pools, then we can do the deals.

Along the way the world got complicated and the judge correctly understood what our offices and the Chicago housing call center deal with every day:  the biggest impediment to working out foreclosure avoidance plans is getting agreement from the “owner,” but no one knows (or is saying) who the owner is much of the time.  Boyko stopped this party at the end of October by demanding proof from the lenders’ representatives that they had copies of the loan assignments proving that the lender was indeed the owner of the note and mortgage on the properties where they had filed for foreclosure.  In this case Deutsche Bank was the trustee and in 14 of the cases the bank only could respond that there was”intent” to convey over the documents but could not prove they were the owner.  Boyko stopped the music on this merry-go-round.

Industry experts seem to be conceding that there is inadequate mapping of the mortgages and loans to the pools.  Some reports (including one covered in the New York Times) indicate that the same loan might be in more than one pool.  Whoa!

Others who have studied this problem, including at the university level, have found that in as many as 40% of the foreclosure cases they have studied, there was no “proof of ownership” required.

Foreclosures being the order of the day and lawyers still being rampant in the land, I have to believe that there will be attorneys running into court in 50 states to try and get traction on Boyko’s ruling in the federal courts of Ohio.  I imagine the appeals will also be fast and furious.

Nonetheless, this seems like a big break for our homeowners who are trying to hold out and hang in so that they can get right on their mortgages.  It also gives us some more leverage at the table to get a reasonable deal, and we need all the help that Boyko has just provided. 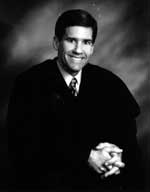