San Francisco     During a meeting of the Tides Network board the term “triple bottom line” was tossed around wildly, particularly as we discussed the concept of a “green space” initiative as part of our larger “Shared Spaces” program that has successfully developed the non-profit office complexes where our San Francisco offices are on the Presidio grounds and more recently with a new building across from the Stock Exchange in lower Manhattan in New York City. Cynthia Rowland, our able attorney, gave me her brief synopsis of the term and that was helpful, but the way the concept was being bandied about made me both curious and uncomfortable.

The “triple bottom line” or TBL as some call it was a term coined by John Elkington in 1994 and turned into a book about general corporate responsibility that he wrote in 1997. With increased conversation about corporate social responsibility the term has acquired a certain faddish appeal including a movement to about 180,000 hits annually on Google to try and figure it out.

Wikipedia’s entry boils it down nicely to: “people, planet, and profit.” The three “Ps” stick to the mind admirably, though more broadly this is understood as measuring an operation’s value on three levels, economic which goes past profit to also attempt to touch the concept of sustainability, people that looks at the social impact of the effort and its impact on community, culture, and other forces, and then planet that goes to the environmental impact, the footprint and general carrying ability of resources against the value of the enterprise. The United Nations beginning this year adopted some forms of TBL as measurements of urban and community accounting which might spread the notion more widely and perhaps offer some specificity.

Professors Wayne Norman and Chris MacDonald, who are two Canadian professors, offer an interesting critique in Business Ethics Quarterly in 2004 of the concept arguing “(a) that what is sound about the idea of a Triple Bottom Line is not novel, and (b) that what is novel about the idea is not sound.” The professors believe that the TBL allows a corporate smokescreen and distracts and disguises real and focused work and business accountability on a series of shifting and unstable grounds rather than forcing measurement on specific social or environmental objectives and remediation.

Seems interesting, though squishy to me, especially when talking about real estate where regular non-profits may still simply not be able to afford the space. I would worry about it seeming better than it really works, especially if you find yourself, as we often do, still on the outside looking in and listening to the all of the TBL virtues being extolled, when it still looks and feels like a regular developer’s real estate dream with better environmental standards and financing courtesy of all the virtues of non-profit and tax exempt financing. 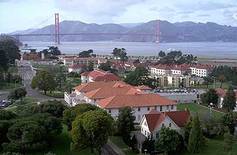