New Orleans      There was a sad and troubling discussion in a piece written by Katharine Seelye in the Times about the gaps in both the Obama and Clinton health proposals. Seelye pointed out that while the Obama plan that goes right to the real issue: you can’t provide real health coverage on the cheap, his plan is for children. Only children. He concedes that 15,000,000 or so adults would be left out.

Clinton has been claiming her plan is better because it mandates coverage for all, but virtually all the experts concede that without penalties (and she has suggested none) or other provisions, a lot of people will simply ignore the mandates.

The article pointed out that auto insurance is mandatory but way more than 15% of the cars are not covered. The new Massachusetts state mandated program has a 20% rate of non-compliance.

The costs are staggering. Family insurance costs about $12,000 per year in Massachusetts and individual coverage runs to $5,000. All of the politicians claim that more utilization will bring the costs down, but the experts are unanimous in arguing that it will take a long time before that happens.

The lowest-income families who are outside of the existing federal ranges for Medicare and Medicaid will still be at risk and in danger. These proposals and this debate may be a hope for change, but it is a long way from the kind of health care coverage needed by low and moderate income families.

We need to get realistic about really addressing this issue and pay the price to get it right. 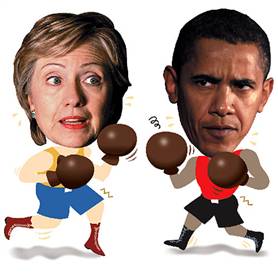