New Orleans        Fay Vincent, the former commissioner of Major League Baseball from 1989-92 is right:  stop the union busting in the Hall of Fame!

Writing in of all places the New York Times as a guest columnist, Vincent told it the way it really is by pronouncing the verdict on the recent voting for the hall that elected Bowie Kuhn, a former commissioner of baseball, and passed on Marvin Miller, the organizer and head of the players’ union who changed the sport from player sharecropping to free agency with a union contract.

Vincent’s verdict:  “These are old men trying to turn back time, to reverse what has happened.  Theirs is an act of ignorance and bias.  I am ashamed for them.  I am ashamed that they represent our game.”

Because people resist and hate change does not mean that change is not lifeblood to even hallowed institutions like baseball,l no matter how much as people we both need and resist change.  Miller made a difference and he did the right thing.   Eventually, the fighting has to stop and the acceptance has to come, no matter the consequences.

There’s a lesson in all of this and Commissioner Vincent is teaching it! 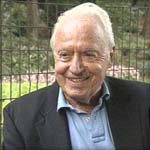