New Orleans We were fortunate to be able to get former HUD Secretary and Mayor of San Antonio Henry Cisneros to come by the Year End / Year Begin Meeting and give some perspectives on his short — but difficult — list of what needed to be done in rebuilding housing policy in a new administration. There seven points on the Cisneros Housing To-Do List, many of which he argued ACORN needed to step up and be ready to roar and achieve.

1. Shelter Beds for the Homeless Cisneros was clear. We need 800,000 shelter beds to assure that the homeless are not on the street at night. There are 3.5 million visits to shelters during the year. No excuses.

5. Market Priced Private Rentals Cisneros argued that we were not doing enough in the cities to assure that there were affordable, unsubsidized, market priced rental units, and this was critical to hold urban populations.

6. Affordable Homeownership Here we are watching success be ripped away in the increase of homeownership, but this program must be advanced.

7. Move-Up Houses This program had not occurred to me, but essentially Secretary Cisneros was putting his finger on an important problem that we see in the underbelly of the subprime crises. Working families are caught when they move from the starter home to the next step with limited choices only been suburban and very expensive. There are not quality alternatives as next steps on the homeownership ladder.

Secretary Cisneros had the whole staff on their feet when he challenged all of us to not only look at his list, but make our own list and then be ACORN and go get it done. He said one of the things he liked about ACORN when he was Secretary and the reason he had met with ACORN’s President Maude Hurd every other month during those years was because ACORN was “the baddest dog in the neighborhood!”

He left the crowd barking! 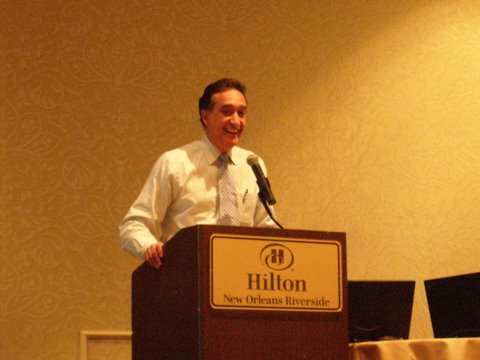 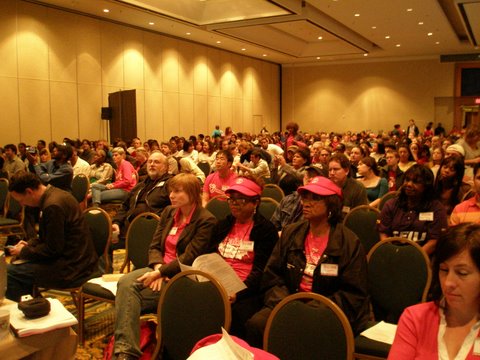 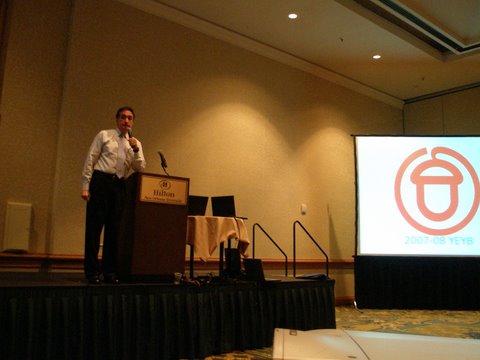