New Orleans Tom Matzzie most recently was campaign director for MoveOn.org, but we first met him when he was building the internet campaigns for the AFL-CIO some years ago. In between he did a turn with the DNC. He’s a professional on the cutting edge of large scale Democratic political mobilizations and a strategist for progressive electoral victories with few peers. We invited him to visit our Year End meeting and give some perspectives on what he saw looming ahead of us for 2008.

While visiting briefly with Zach Polett, ACORN’s Political Director, Steve Kest, our national director, and myself before his speech, I asked him if we were in shape to win this thing? He quickly replied that he thought we might lose the election unless we got moving quickly on the right path. He is worried that the Democrats are going to be seen as the DC-based “insider” candidates, while the Republicans are pushing the outsiders with a mayor and a couple of governors. He was worried that they might be able to escape identification with Washington, and be seen as agents of change.

Speaking to the large hall full of staff, he was more upbeat, and he certainly laid on a lot of weight on our work. First he pointed out that when he surveyed the scene for 2008, he as surprised that he saw so few organizations with real experience who knew the shape of the work and the fight: labor of course, MoveOn, a couple of others, and ACORN. Any chance of really moving voters to registration and then to vote, regardless of the choices and outcomes, depended hugely still on ACORN. Later he also told me that you could tell who was serious and where it was real in little details. The one he cited instantly was how much he enjoyed listening to one of the staff reports from the dais where the numbers were specific to the digit, rather than being rounded off. He could tell — and this is the ACORN tradition — that the work reflected specific planning and real detail. Amen, Tom!

It was also fascinating to hear him talk about the fact that candidates would be running against the legacy of the Bush presidency for the next 30 years. He reminded the staff that Roosevelt ran against Hoover and what he stood for time after time after time in his four elections. It sounded right that candidates on both sides of the aisle would be doing this to George W. and his legacy for a long, long time because of its polarization and war, war, and more wars.

He also worried with all of the money being raised if there was going to be enough money to do the right things, including support the kind of field work that entitles the base, as we like to think about it at ACORN. Once again he didn’t sound a negative note to the crowd, but shared this with me the next morning after the meeting had ended as we had a cup of coffee in the Quarter. He left for an unsettling tour of the lower 9th ward with Steve Bradberry, Louisiana ACORN head organizer, and several of our members, while I went home to worry about whether or not we would be able to do everything that needed to be done to let people really choose in 2008. 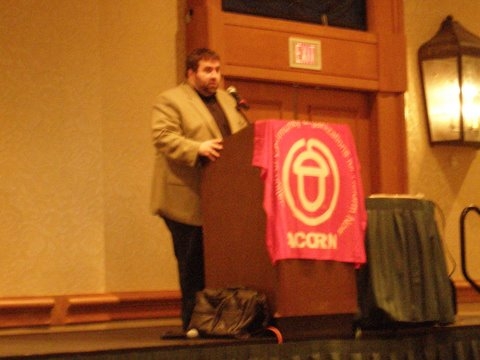 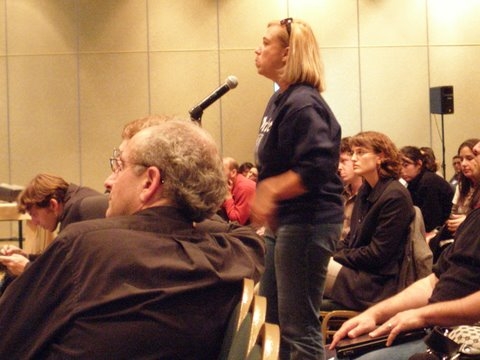