Lisbon        ‘Tis the season and everywhere we find the opportunity to buy, buy, buy and in some cases supposedly have some of those purchases make contributions to good causes along the way.  Over the last 15-20 years this “embedded giving,” has seemed ubiquitous, but in a bah-humbug moment, Stephanie Strom of the New York Times wrote a piece recently pointing out some of the obvious problems with embedding:  who is claiming the tax deductions? how are they doing so? and, more importantly from our perspective, are the non-profits actually receiving the money?  The answers were decidedly mixed.

The World Wildlife Fund was less than happy to find out that they had been designated as a possible beneficiary in the Barney’s Holiday Catalog and were clueless.  On the other hand they haul in a couple of million dollars from more than a score of corporate partnerships and despite Strom’s description of this as “modest,” any of us would be in heaven to have the same income stream pouring in from consumers.  The big hitter is the RED campaign with Bono, Penelope Cruz, and others benefiting the Global Fund to Fight Aids, Tuberculosis, and Malaria that has garnered over $50M since 2006.  Nothing about that effort is loosey-goosey though.

I have commented before in these pages about the pleasant surprises that ACORN has had to receive a small check and find out that we benefited from t-shirt sales from a tiny company called be+cause in the Haight in San Francisco.  During the days of Katrina we would read in our press service about various fundraisers in bars, cafes, and parks in New Hampshire, San Diego, and elsewhere.  Sometimes we got the money, and sometimes we did not, but in many ways it was wonderful to be thought of in that way.  So from the perspective of a beneficiary or more likely a beneficiary wannabe, as we often are, it seems hard to bit the hand that feeds you.

One curious quote in the piece was from the chief knowledge officer at Geneva Global who was claiming to be concerned that donors “…will have even less idea of where their money goes than they do when they give to large charities.”  Timothy Ogden then added, “Rather than donors getting closer to what is needed and how their money is used, they’re getting farther away.”  Of course there is no disclaimer that Geneva Global is a for-profit philanthropic consultation outfit with a 20% or more stake in donors moving money through them rather than at the cash register.

It is hard to believe that donors see embedded giving as really competing with other ways that they would donate.  Point of purchase giving is impulsive and casually part of something that average consumers are willing to do anyway for the most part.  That’s the beauty of it all frankly.  Few are really planning their philanthropic activity as part of their Christmas shopping.  It’s just nice lagniappe.  I wonder how many are even bothering to include any of these embedded purchases in their long firm filings with the IRS?  I suspect darned few, which means this is a form of giving, no matter how modest that does not have to be subsidized.

The examples are endless.  There is a water company that gives one nickel for every bottle to water efforts in developing countries.  No one is claiming that nickel.  The small change that adds up to the millions that have been part of the Working Assets gifts are another good example of a little adding up to a lot.

The questions are not uninteresting, but I really wish the same energy would be spent in figuring out how we can put together more of this, rather than quibbling about the few pennies that are lost along the way. 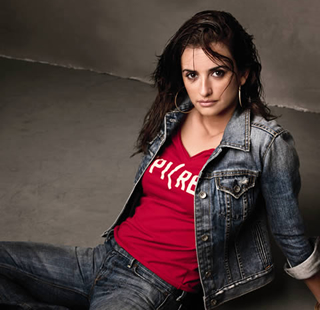