New Orleans     Thinking about the last year and the year we are now beginning, makes me think of someone who exemplifies what has to happen in terms both big and small to make the world a better place. My winner of the Person of the Year Award for 2007 is Eduardo Arias of Panama.

Arias had heard a discounter’s prices were so low that street vendors bought their goods there, and he took the bus early one morning to the location. Near the door he saw boxes of toothpaste. In big letters he saw the words diethylene glycol. He knew that was trouble. He had read the reports of 138 people killed in Panama because diethylene glycol was in cough syrup. Now he could see plainly the same chemical was in toothpaste in this warehouse. He bought a tube so that he could turn it into health authorities.

It took him a couple of days. He had to take off work. He had to take the bus quite a distance in Panama City to the Department of Health. There were papers and forms to fill out. He had no idea if anything might come of his trouble until three days later he heard an announcement by the Minister of Health in Panama that an unidentified consumer had called attention to the fact that diethylene glycol was in toothpaste in the country.

Eduardo Arias was a 51-year old Kuna Indian who grew up on a reservation off one of the San Blas islands near the Caribbean coast of Panama, who lived in a small apartment above a food stand in the capital city. He was a simple man who cared enough to take his time and take some action about something that seemed to him simple: warning the authorities that something he had heard was dangerous could hurt people. Diethylene glycol is the sweet-tasting but poisonous ingredient in antifreeze.

Arias simply did the right thing without hesitation or debate. His small steps in the right direction led to alerts in 34 countries initially and eventually worldwide to find the tainted shipments, and eventually an apology by the Chinese government and reforms in industry there to tighten up on dangerous manufacturing processes in China.

Eduardo Arias “took it from here to there” then he saved lives and changed the world. 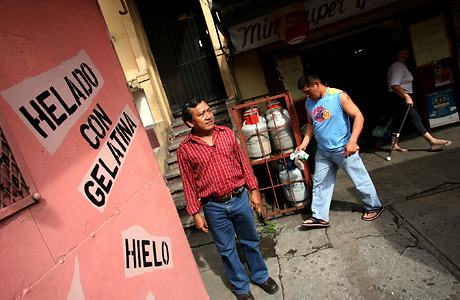