Washington     Running around Washington in the unseasonably warm weather, the office wanted me to drop by and visit a DC-based foundation named after Herb Block, the well know and highly regarded political cartoonist that used to bandy a very sharp pen for the Washington Post. There are very few meetings with “funders” that are enjoyable. Like hen’s teeth you can count them easily. I had one last year with apple ranchers in eastern Washington, and this story was almost but not quite as good.

The head of the foundation was a guy named Frank Swoboda. I recognized his name as part of a frequent byline that I thought I remembered, and sure enough when I asked him he was the one and only former labor reporter for the Post. The two program officers also turned out to have been administrative assistants at the Post who had formerly worked with Block. What was going on here?

The foundation operated some scholarships, an annual cartooning prize named after Block, and several other programs around civic participation and pathways out of poverty — good stuff right up our alley which is out the New Orleans team had found them in the first place. It turned out, in Swoboda’s words, that Block “put his money where his pen had been.” But how could a political cartoonist have had much money anyway?

It was an interesting story. Seemed that Block was just a working stiff at the Post and did well but not “fund a foundation” well. The Post though got into some financial trouble and needed to borrow money. Herb Block loaned them as much money as he could get his hands on. The years went by. The stock went up. Block ended up making a gazillion.

No one had any idea that he had two cents to rub together among his colleagues at the Post. He always had a wad of money in his pockets, but that seemed to be because he never drove and just took cabs everywhere. He still dressed a fright and never seemed to really be doing any better than anyone else.

Here’s what else. He actually named all of the staff and board to their jobs in his will. He had never said a word to any of them. They were shocked and surprised!

And, in talking to them it seemed like they were enjoying every minute of this new assignment. From Herb Block. From the grave! 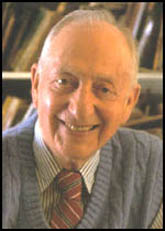