New Orleans      This is a sneaky blog: a welcome to spring training curve ball kind of blog.

Strike one: Fidel retired. This was supposed to be the day the right have prayed would happen to start a new day. Instead the reaction was “yawn,” and nothing has changed, but….note with interest editorials like the one in the New Orleans Times-Picayune that says essentially, “the king is dead” and things haven’t changed, but China was bad too and dare we say trade has made them better, so can’t we pretty please do a deal with Cuba and make some money over there. Green trumps red every day. Curve ball.

Strike two: At various times we have shared communications about the difficulties of work and life in the Middle East from some of our correspondents. Drummond Pike, founder and Mr. Big at Tides Network, joins the team by filing the following while he is in Jordan as part of a mission to understand the Iraqi refugee situation and the human rights dilemma it poses:

You will recall that I was asked to join the IRC’s Commission on Iraqi Refugees which will convene this evening in Amman for the first of five days of fact-finding about the extraordinary problems facing some 2.3 million Iraqis who have fled their home country. Somewhere between 450,000 and 600,000 reside in the margins of Jordanian society, mostly here in Amman. On Wednesday, we travel to Syria which hosts well over a million displaced Iraqis. It is estimated that an even larger number of Iraqis are IDP’s or internally displaced persons.

The Commission has been assembled by IRC to bring wider public attention to this evolving crisis, and includes several persons of international reputation: James Wolfensohn, former President of the World Bank; John Whitehead, former Deputy Secretary of State and fomer Chairman of Goldman Sachs; Jean Kennedy Smith, former Ambassador to Ireland; and Kathleen Newland, Director and co-founder of the Migration Policy Institute. Ten in total, the group will meet with, among others, the US Ambassador to Jordan, the UNHCR Representative, the Iraqi Ambassador to Jordan, the Iraqi Minister of Social Development, President Bashar al-Assad of Syria, and the US Charge d’Affaires in Damascus. There are numerous scheduled meetings with refugees themselves, as well as visits to programs designed to assist them.

There are a number of very factors complicating any attempt to serve this population. Unlike the last large migration in the region when Palestinians left their homeland in 1948 and again in 1967, the Iraqi refugees have largely arrived in urban centers. There are no large refugee camps. This, along with the marginal legal status afforded these people in both Syria and Jordan, makes it very difficult to deliver services to them and is one of the questions we hope to better understand.

Neither Jordan nor Syria permit Iraqis to work, though in Jordan the wealthy — meaning they have $100,000 in assets — are permitted residency status and are able to work. But this is a tiny fraction. It is true, however, that the arrival of Iraqi capital over the past five years has fueled a remarkable spurt of growth in Jordan. Because of its stability in the region (in contrast to Israel, Syria, and Iraq with which it shares borders), it is becoming the economic center and safe harbor. Substantial European and Middle Eastern investment is being made in Amman, especially, which further complicates the plight of fleeing Iraqis. Amman is becoming quite expensive. Amanya Ebye, IRC Regional Director for the Middle East, was telling me last night of several cases with which he is in direct contact where people have moved from the safety of Amman to Damascus, which has far fewer resources for refugees, simply because it is more affordable.

…to my first Update:

I had an interesting conversation with Amanya Ebye, IRC Regional Director, on the way in from the airport last night. He is a gregarious and talented fellow — Ugandan, by the way. He transferred to this region quite recently after spending 2 years in Darfur. His depiction of the challenges in that crisis was both stark, and frightening. One of the great difficulties IRC and all the other relief groups have in working in Sudan is that the government requires separate approvals for both entry and departure — and both can take months. One of the effects is that relief workers feel they have to stay on indefinitely out of the fear that they will not be permitted to return. This, in turn, makes it quite complicated to staff the programs. People simply burn out.

He also talked at length about the challenges of working in a situation where the government is quite often hostile to their work. He talked of an incident not long before he left when 50 workers for NGO’s were detained for weeks by the government on trumped up charges. All were eventually released, but not before substantial efforts on the part of their agencies. It really must be something.

In contrast, they are quite well received both here in Jordan and in Syria. The complexity, though, is that they cannot use US government funds here in the Middle East, as the result of the enormous suspicion and mistrust that has resulted from the Iraq War. Any US governmental involvement would undermine, and possibly prevent, their ability to work here. The large Tides grants to support IRC’s efforts in this region has permitted them to develop these programs independent of US AID funds (which IRC does use in other regions), and he underscored about three times how essential it was to have this unfettered funding.

This, of course, makes total sense to anyone who reads the papers and pays attention to international concerns. Nonetheless, the antagonism toward things American — or at least toward the American government — is palpable everywhere in this region. How this will be resolved over time is anyone’s guess.

And, I have to sneak this last note in about my current obsession (the inscrutable reporting of the delegate counts in the race for President). I had said a couple of days ago that the Times had thrown in the towel and abandoned their arrogance about undercounting all of the delegates. I was wrong. In the story today about the Wisconsin smash by Obama, written by Patrick Healy and Jeff Zeleny, they go back to what Melville called the “unfathomable mysteries of life” and once again (with NO explanation) have this wild sentence buried deep in the story: “Within his Wisconsin victory, Mr. Obama moved into a lead over Mrs. Clinton in delegates; going into the vote, he had 1078 delegates to Mrs. Clinton’s 1081, according to a count by The New York Times. Wisconsin had 74 pledged delegates in play, while Hawaii had 20 pledged delegates.” So rather than finally having admitted they were missing in action on this entire story, they are now sneaking their weird science back into the story as if they JUST discovered that Obama has finally taken the lead.

STRIKE THREE — and they are so outta there! 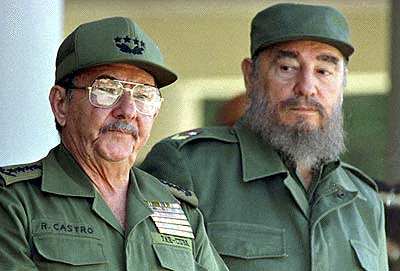