New Orleans There are precious few transcending moments in politics, so that whenever a milestone is reached, it is worth noting. Such indeed may be the case with Senator Barack Obama’s speech about race and religion yesterday.

In the Omni/Shoreham hotel in Washington yesterday, Stewart Acuff, organizing director for the AFL-CIO, which has taken no position in the primary, passed me immediately after hearing the speech and was stunned at its power and how much Obama had nailed the issue.

This morning on the Steve Harvey radio show as I was driving to work, Congressman John Lewis was being interviewed and when asked about the speech compared it to King’s oration in front of the Washington Memorial in 1963 which he heard first hand, and to Lyndon Johnson’s remarks in 1965, and Kennedy’s earlier, and rated Obama’s in that league and perhaps better.

The New York Times editorial page (which has endorsed Senator Clinton) saw the speech as a “profile in courage” and as having raised politics “to a higher plane.”

Obama has tried to walk both sides of the line around race in this election and has done a remarkable job in doing so, but with this speech he embraced the fact that “race matters” while also drawing a line between the personal and the political on religion. Race is still one of the most important and avoided topics in a million discussions.

We will have to watch closely whether or not Obama just won the nomination with this speech or lost it, but either way he may have just liberated and legitimized a conversation that demands light and has lingered in the quiet too long. 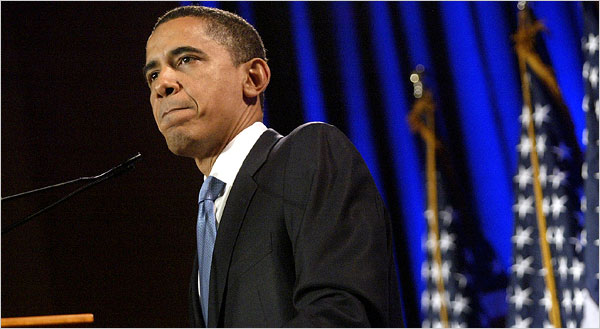