New Orleans        I have to give a lot of credit to New York’s Mayor Michael Bloomberg and his razor sharp aide for political affairs, Kevin Sheekey.  They have definitely found one way after another to keep Mayor Mike from being seen as a lame duck.  First, they trotted around the country hinting at an independent or last ditch Republican nomination campaign.  Now that that opportunity has passed by Sheekey floated yesterday the notion of a Senator Barack/Mayor Mike ticket for the White House.  To punch it up, Mayor Mike introduced Obama at a speech in New York City and got an endorsement from the Senator for his controversial commuter traffic charges modeled on the London system, which is Mayor Mike’s current obsession.

My bet is a safe one that there is nothing in the world to any of this but some headlines for a day or two in the New York daily papers.

But, it would be a mistake to ever bet against folks this savvy about keeping their edge.

For example in New Orleans with Mayor Ray Nagin who has more than two years left on his sentence, he is already publicly talking about how much he can hardly wait to be out of office.  His performance had already revealed that he was bored stiff and certainly not keeping his eyes on the ball.

Can we get trade going at the least? 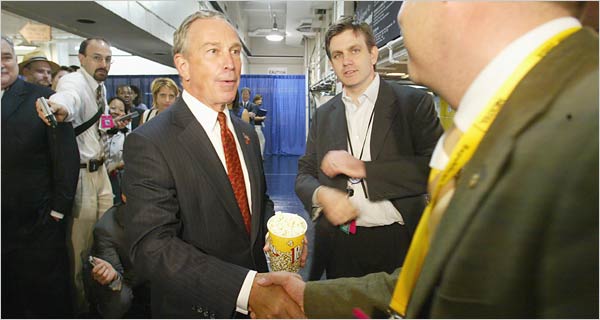