New Orleans        The decision by the Supreme Court around voter identification based on the Indiana law did not go as we would have hoped.  The Supremes have been roundly criticized for looking at the facts — and the law — and then running the other way.  The recent primary in Indiana where a nun acting as an election judge had to turn away a gaggle of very elderly sister nuns in their 80’s and 90’s for less than perfect ID puts a fine point on the absurdity of this situation.

The Wall Street Journal and particularly John Fund in his usual attack voting rights (and attack ACORN!) column was taken to task on this issue strongly by a letter published this weekend from Maude Hurd, ACORN’s President:

John Fund is at it again, misinforming the public, telling fairy tales about left-wing conspiracies and connecting dots like a blind man, in his op-ed about the Supreme Court upholding Indiana’s highly restrictive voter ID law (“A Victory Against Voter Fraud,” op-ed, April 29).  Mr. Fund uses it as another chance to attack voter registration drives run by the Association of Community Organizations for Reform Now, which has helped 1.68 million citizens from low-and-moderate-income communities register to vote in past registration drives.

ACORN is a social justice organization that wants every eligible voter to vote and help real voters in low-income communities to submit accurate registration applications.  ACORN does its voter registration work with the handicap of being required by law to submit every application even when our quality control checks catch potential problems.

Mr. Fund and others’ repeated efforts to scare the public into believing that in-person voter fraud is rampant in this country or that there is a vast conspiracy by groups that work with the poor and minorities to illegally swing elections remains abhorrent.  Voting rights and voter registration groups are not undermining belief in the integrity of the voting system.  Opponents of full voter participation are dong that with paranoia inducing, anti-voting rights campaigns.  The real voting problem is that too many people from low-income areas don’t vote, and they powerful who like it that way want to shut the door in potential voters’ faces.

As for the U.S. Supreme Court’s decision to uphold Indiana’s voter ID law, Mr. Fund misrepresents the ruling.  Justices are concerned about possible disenfranchisement of voters and that is why the ruling left the door open for anyone who finds they were turned away at the polls due to ID laws to come forward and sue the state that created the law.  When these citizens speak, Americans who believe in true democracy will champion them. 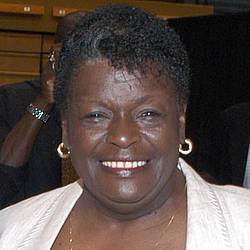