Washington        John Edwards, former Senator from North Carolina, VP candidate in 2004, and recent Presidential candidate, has been heavily in the news the last several days, first in Philadelphia and then in Michigan.  Both of these events are inextricably linked.

In Philly he announced that he would chair a vitally important new initiative called “Half in 10,” which means cutting the poverty rate in half within 10 years.  He stood side by side with Maude Hurd, ACORN’s President, and some of our ACORN members from Philadelphia.  This campaign is both unique and important to ACORN.  We are one of four organizations that came together to undertake the initiative:  ACORN, the Center for American Progress Action Fund (John Podesta’s operation), the Coalition on Human Needs, and the Leadership Conference on Civil Rights (led by Wade Henderson).

In Michigan, Edwards announced that he is now endorsing Senator Obama after a long silence since his own departure from the race.  In doing so he argued that Obama was best able to separate the divide of the “two Americas” (rich and poor) that Edwards has made his signature theme.  He also made the case for Obama as a leader in dealing with universal health care insurance.

It is hard not to see Edwards over the last two days as not standing tall on the same issue just in different places.  This is all of one piece.

Edwards is right.  Poverty reduction now is not solely a matter of changing policies.  It is a matter of changing priorities.  The people are demanding it, but we need a President who is once again willing to champion the end of poverty not as one of a series of platform planks, but as a central program.

It’s good to have Edwards out in the open, up front, and back at our side! 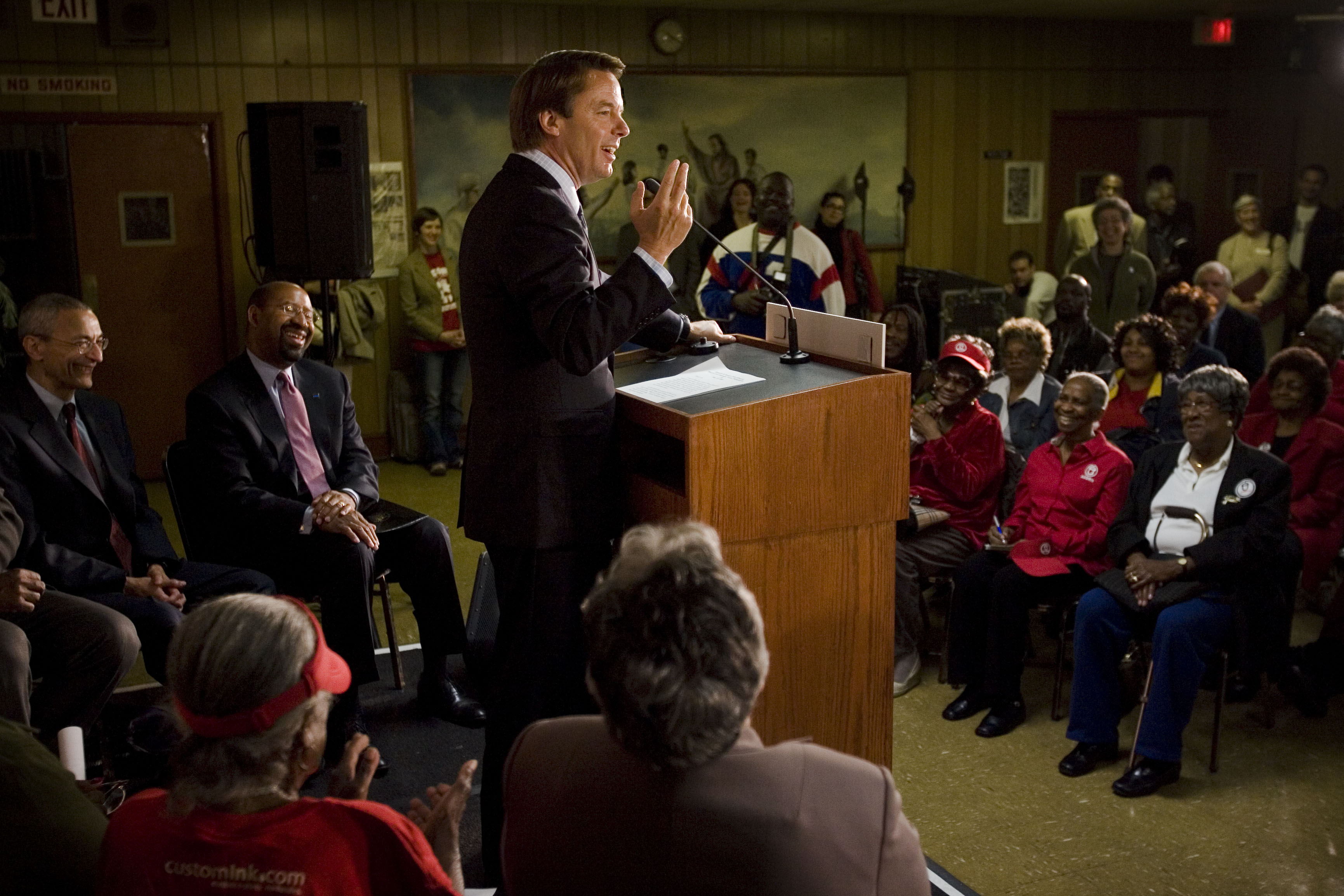 Edwards introducing his new “Half in Ten” initiative in Philadelphia