New Orleans        Looking at the banner behind the stage, you could see a whole bedroom of strange bedfellows.  Of course there was Hope Worldwide, the charitable arm of the International Church of Christ, a somewhat fractious and controversial religious group, which had brought the bulk of the 1500 young volunteers to Bush Park in the lower 9, but there was also Freddie Mac, AmeriCorps, the Brown Foundation, and the American Red Cross.  Locally there was also the Louisiana Recovery Corps and Criminal Sheriff Marlin Gusman’s office.  To top it all off the event was sponsored by ACORN, the signature organization in the lower 9th ward, and Wal-Mart, yes, Wal-Mart.

Bush Park is becoming a symbol of the revival of the Lower 9.  It was only a couple of months ago that ACORN had to fight the City tooth and nail to allow a partnership with MasterCard and 200 of their employees work with ACORN members to start the work of rebuilding the park.  Then the City was not really sure what they wanted to do with the park and how far in the future they could see its use.  Now with this big event on the 4th, the park was blooming under thousands of hands.

This was a beautiful thing.  No matter the outfit, everyone left everything they had and made their mark together as volunteers to rebuild Bush and contribute to the lower 9th comeback.  It is this kind of spirit that speaks the best and loudest about the underlying values and strength of volunteerism and real giving.

Congresswoman Maxine Waters from Los Angeles who some of the ACORN members had recently seen address them in Detroit at their national convention was here with them again wearing an ACORN button.   Cynthia Willard-Lewis, the Councilwoman who represents the 9th, along with Representative Ann Duplessis, who has recently been pilloried in the press for her leadership of an effort to get a raise for members of the legislature, were all there except for Mayor Nagin of course.  He sent a plaque with someone else.  The Essence Festival was downtown so he had fancier fish to fry.

At 10 PM at our building on 1024 Elysian fields where are training and hurricane recovery efforts are still centered, the doors were finally locked to store all of the tools used by the volunteers and ending a long day that started for many of them a little after 5 AM in the morning.  Many of us could hardly wait though to go back and see if the grass was already growing in Bush Park. 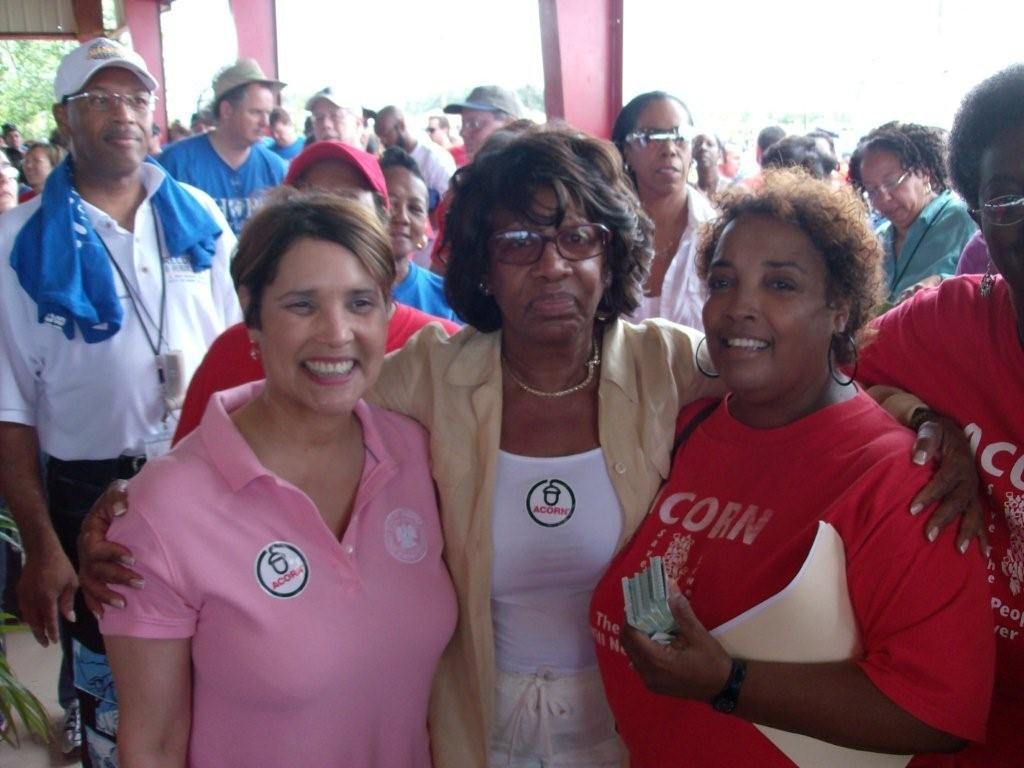 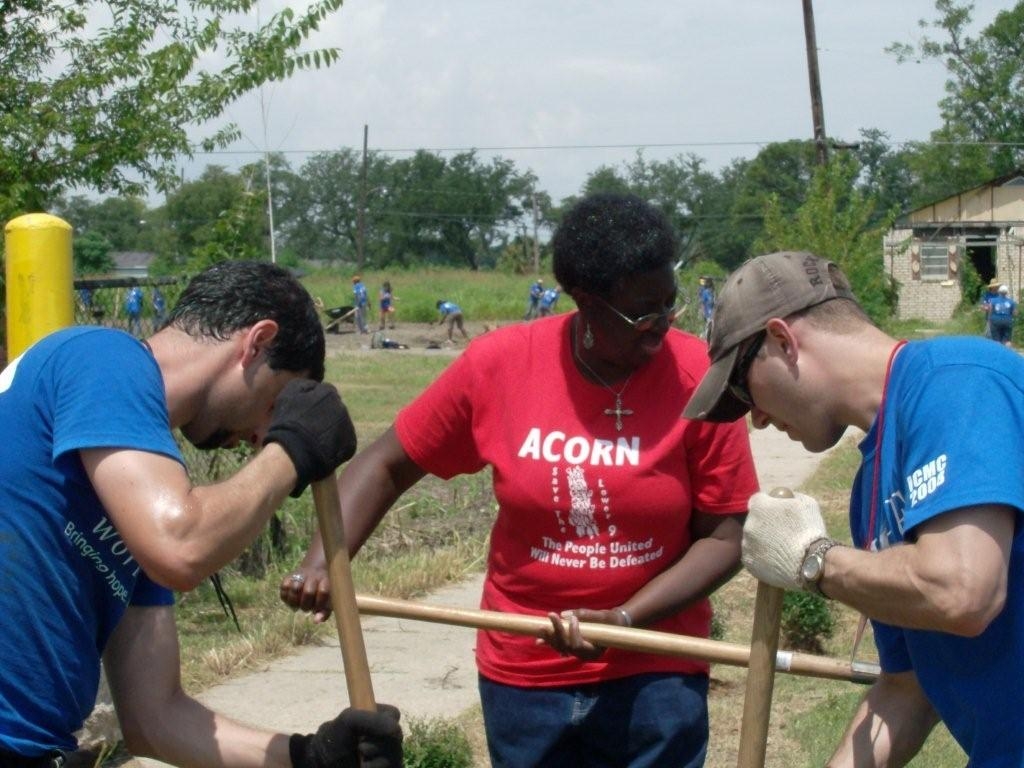 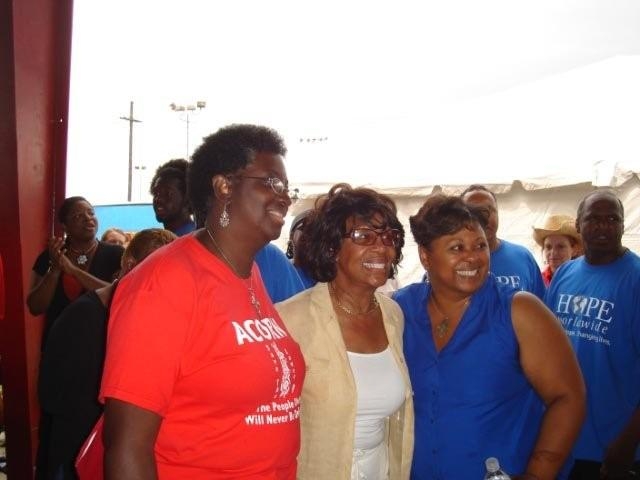 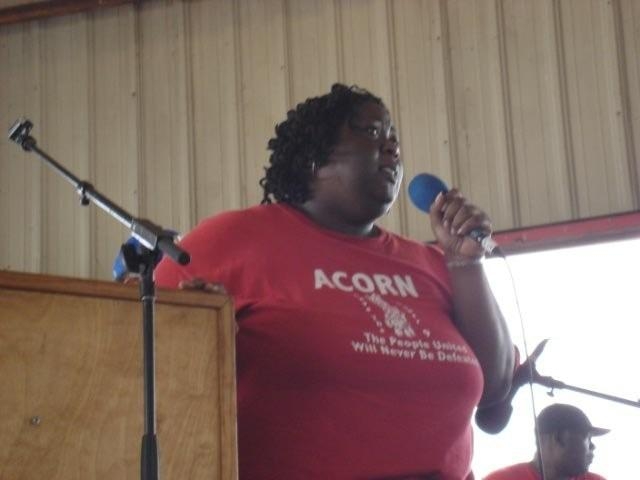 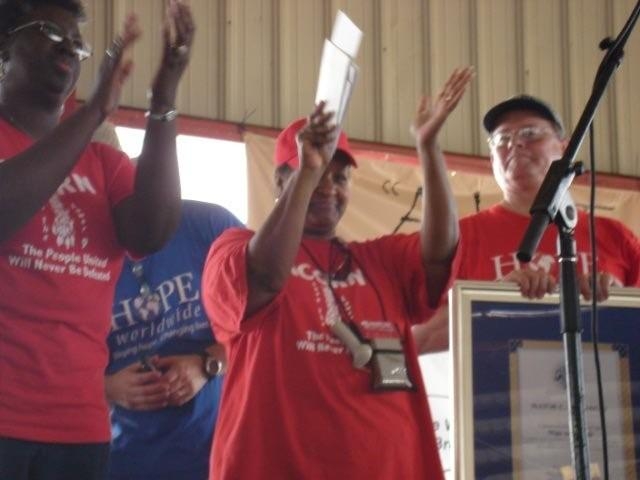