New Orleans        Woke up this morning rubbing my eyes and scratching my head.  The only dream I could remember featured Fidel Castro as a major player.  Huh?  Doctor!  Doctor!

Somehow he was sitting in the corner on the floor of a room I didn’t recognize, but felt comfortably like home.  My whole family was there.  People would come and go.  They would nod to him and pass on greetings with the politeness extended to old men, but without any recognition that they were talking to Fidel.  He was not invisible, simply irrelevant, just more furniture, a knickknack that had fallen from one of the bookshelves.  And, so it went like this in the dream for quite some time.

Finally someone recognized Fidel who seem to be reporter of some kind.  Fidel would not speak to anyone then, until we helped him from the floor and up to the top deck of a bunk bed pushed next to a window across the room.  Finally, Fidel, looking down, head propped on his elbow, was willing to respond, and the soft, quiet Spanish were his last words before my waking.

How did Fidel sneak into my dream life?  Was I thinking of swimming in what I thought was the best water in the world in Varadero Beach off the Cuban coast?  Did my reading a couple of months ago the Patrick Symmes book, The Boys from Delores, that looked at Fidel and Raul’s high school class and what happened to them over a 50 year period, somehow creep more deeply in my subconscious that I might have thought possible?   Had I been infected by watching Miami Vice on HBO as the cigarette boat took two of the characters to the Cuban coast from Miami for molitos?  Who knows?

Maybe in my subconscious I was thinking of Cuba as the country that cannot be named in the current US Presidential race but might be the lowest hanging fruit for a diplomatic change in 2009?  Obama has said he would not hesitate to meet with the leaders of Iran and other countries on the American enemies list, but Cuba cannot escape his lips still.  All the polls indicate that even in south Florida cubanos, especially the young, but even some of the old, are ready for change.  Many of the young are even becoming Democrats from what I hear.  Obama could open the dialogue on strictly humanitarian grounds by opening the borders more for family visits and exchanges, thereby pointing the way on immigration policy that might be more difficult to change quickly in a new Congress.  With Fidel sitting in the corner of the room, the change is easier to make now, and could easily be done.

Who knows?  It was only a dream. 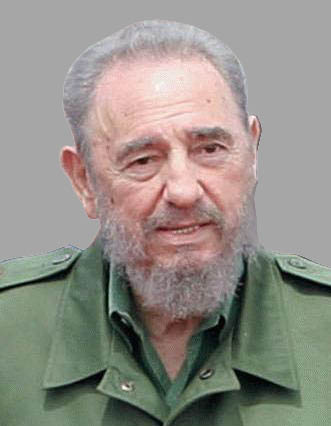